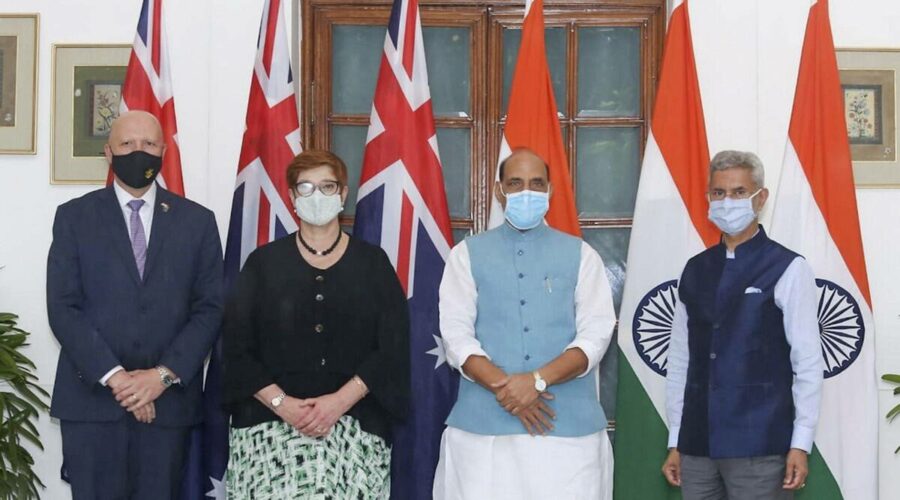 External Affairs Minister S Jaishankar said Afghanistan “must not allow its soil to be used in any manner, by anybody for terrorism”. 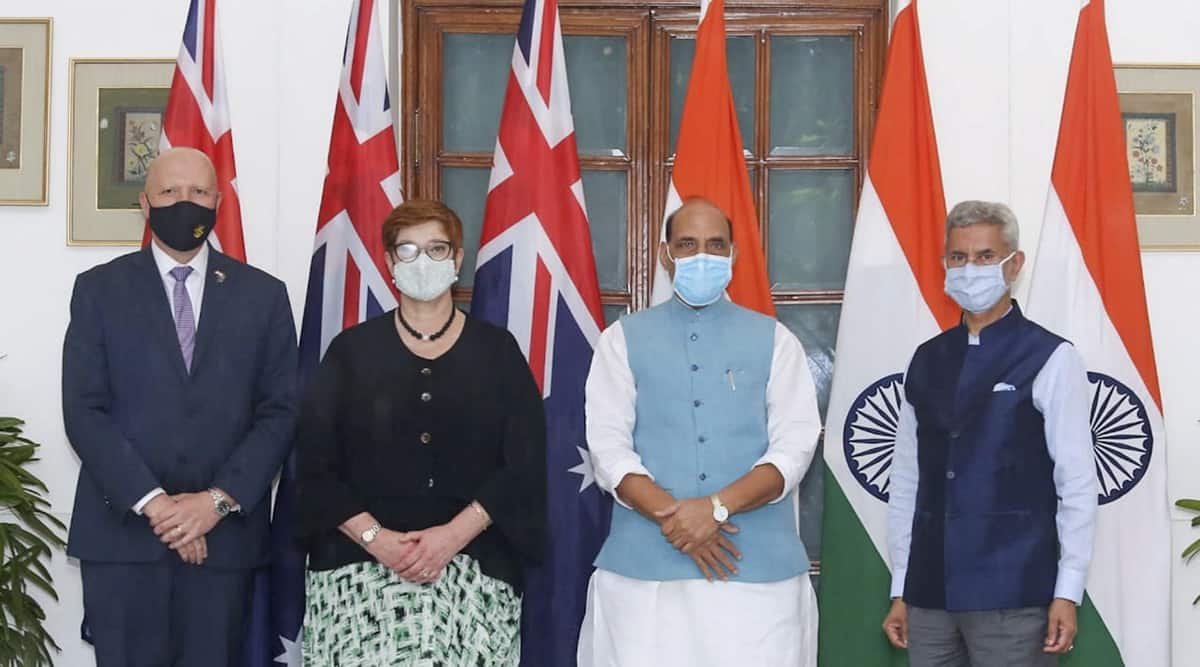 Echoing India’s concern, visiting Australian Foreign Minister Marise Payne said Saturday “we share very strong interests in ensuring that Afghanistan never again becomes a safe haven for the breeding or the training of terrorists” and this is “an abiding concern of the international community”.

External Affairs Minister S Jaishankar said Afghanistan “must not allow its soil to be used in any manner, by anybody for terrorism”.

Although they did not name the Taliban, the two ministers — India and Australia held the 2+2 talks between their Foreign and Defence Ministers — flagged issues of concern about human rights.

Jaishankar said they had a “very detailed exchange of views” and “our approach is very similar”, which is summed up by the UN Security Council Resolution 2593 passed on August 30 — under India’s Presidency of the UNSC.

He flagged concerns of “inclusiveness” in the “dispensation in Kabul”.

“There were issues of concern about the inclusiveness of the dispensation, concerns about treatment of women and minorities, matters related to travel of Afghans, issues regarding humanitarian assistance. So it is an evolving situation,” he said.

Payne said: “For Australia’s part, we are also very focused on seeking safe passage for those in Afghanistan — citizens, foreign nationals, visa holders of other countries who seek to leave Afghanistan, and we have urged that they be allowed to leave safely and means are available for them to do so. We are very conscious of the impact of violence and breaches of human rights on the Afghanistan community.”

“And, again, would call for those human rights, fundamental human rights to be observed… humanitarian assistance will be a very important focus for the international community. We know that not only the recent events will have exacerbated any issues that were already being dealt with, but the ongoing drought, the significant internal and external displacement of citizens, the need for the World Food Program, the UNHCR, the International Organization for Migration, to be allowed, unimpeded, and safe access to provide humanitarian support is something which is very front of mind for Australia and for the international community,” she said.

Payne, who is also Australia’s minister for women, said: “I would also strongly reinforce Australia’s views in relation to the position of women and girls. For 20 years, we have worked with the international community and the people of Afghanistan, to ensure that the circumstances for women and girls, in relation to education, participation in the workforce, the protection of their basic rights were preserved and, in fact, allowed to grow. And there are many women and girls who attest to the achievements of those two decades, and Australia stands with other members of the international community in seeking to ensure that it is not wound back. And the participation of women and girls in their own right, in a just way in the community is allowed to continue.”

Defence Minister Rajnath Singh said they discussed various institutional frameworks for wide-ranging collaboration including defence cooperation and the fight against the global pandemic. “We exchanged views on Afghanistan, Maritime Security in the Indo-Pacific, cooperation in multilateral formats and other related topics… we will work towards taking them to greater heights,” he said.

Australian Defence Minister Peter Dutton said there is desire in both countries to see peace and prosperity in the region. “Neither Australia nor India are aggressive nations. We stand for our values. And we work very closely together because our values align,” he said.

“And so the arrangements between our respective defence agencies are more important than ever,” he said.

Asked about Quad being called the Asian NATO, Jaishankar said: “We call ourselves Quad and Quad is a platform where four countries have come to cooperate for their benefit and for the benefit of the world. I think that a term like NATO is very much a Cold War term… (it’s about) looking back.”

“I think Quad looks to the future. It reflects globalisation, it reflects the compulsions of countries to work together. And if you look at the kind of issues Quad is focused on today — vaccines, supply chains, education, connectivity… I can’t see any relationship between such issues and NATO or any other kind of organisations like that. So I think it’s important not to misrepresent what is the reality out there,” he said.

Later in the day, Payne and Dutton met Prime Minister Narendra Modi. In a Twitter post, Arindam Bagchi, spokesperson for the Ministry of External Affairs, said: “Our leaders’ guidance and commitment to the relations has lent significant momentum to our ties.”