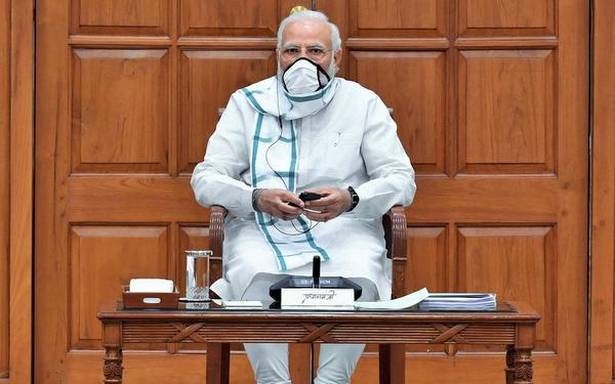 The long anticipated expansion of the Union Cabinet is set to happen at 6 pm on Wednesday, according to the Prime Minister’s Office. No 7, Lok Kalyan Marg, the official residence of Prime Minister Narendra Modi is abuzz with activity with a number of BJP leaders getting calls confirming their Cabinet berth.

Rajya Sabha MP from Odisha and former bureaucrat Ashwini Vaishnaw will also be made a minister.

This will be the first reshuffle in his Council of Ministers by Mr. Modi since he assumed charge for a second term in May 2019.

The Modi government has created a new Ministry of Cooperation with an aim to strengthen the cooperative movement in the country.