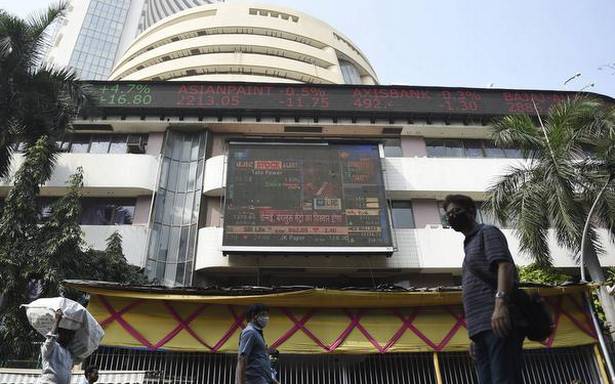 Top news of the day from the world of business, finance and economy

Climate change and its impact is increasingly being acknowledged as a key risk driver for the financial system by governments, regulators and financial firms, said M. Rajeshwar Rao, Deputy Governor, Reserve Bank of India.

Asian markets were jittery in volumes thinned by public holidays in China, Taiwan and South Korea. The Hang Seng recovered from an early drop to trade near flat as financial and property firms bounced, while Japan’s Nikkei returned from a market holiday with a drop of almost 2%, the report noted.

Markets in mainland China and Taiwan were still closed on Tuesday while Korean markets remain shut through Wednesday.

Wall Street fell in a broad sell-off on Monday, with the S&P 500 and Nasdaq suffering their biggest daily percentage drops since May, as fear of contagion from potential collapse of China’s Evergrande drove investors out of equities in a flight for safety, Reuters reported.

The Dow registered its biggest daily percentage drop since July, while the Nasdaq also hit its lowest level in about a month, but indexes pared losses just before the close to end well off their lows of the session, the report noted.