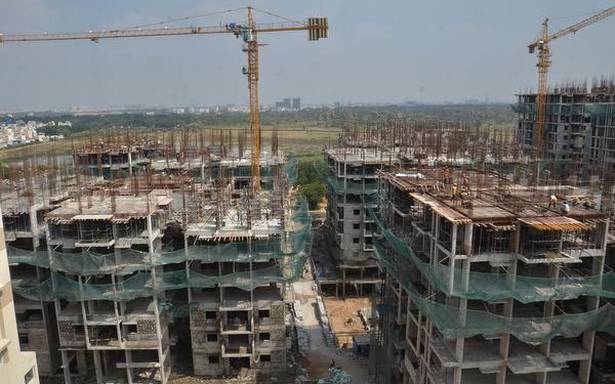 COVID-19 lockdown has had major impact on the Real Estate sector of the city, as evident from the number of building permissions granted, and the revenue garnered thereof since January this year.

The building permissions have come down by over 36 per cent when compared with average number granted over the previous four years, while the revenues have been whittled by close to 22 per cent. This year, since January, the GHMC has granted 10,541 building permissions, netting a revenue of ₹686 crore. While the calculation is for calendar year of 12 months, it pales in comparison with the number of permissions granted during the financial year ending with March, 2020. Between April 2019 and March 2020, the corporation has garnered ₹986 crore from 17,538 building permissions. This is 40 per cent downfall in terms of permissions and 30 per cent in terms of revenue.

Further, the number for the calendar year, which constitutes the revenue of more than three pre-lockdown months, might further erode, if projected for the coming financial year end.