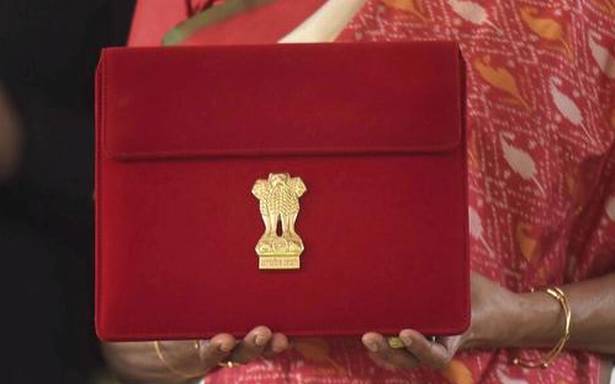 Union Finance Minister Nirmala Sitharaman on Monday said the fiscal deficit for FY21 was pegged at 9.5% of the GDP. This is compared to 3.5% pegged in the previous year’s Budget.

She said, “At the beginning of this financial year, the pandemic resulted in weak revenue inflow. Unlike many other countries, we opted for a series of medium-size packages during the pandemic so that we could calibrate our response as per the situation. Once the health situation stabilised, we switched to providing a demand push.”

She added that the deficit was funded through government borrowings, multilateral funds and short-term borrowings. “We need another ₹80,000 crore for which we will approach the market in the next two months,” Ms. Sitharaman said.

“For 2021-22, we are estimating a fiscal deficit of 6.8% of GDP. The gross borrowing from the market next year is expected to be ₹12 lakh crore,” she said. “We hope to achieve consolidation of debt by increasing buoyancy of tax revenues and increased receipts from asset monetisation,” she added.

Ms. Sitharaman said, “We know that the FRBM Act [Fiscal Responsibility and Budget Management Act] mandates a fiscal deficit of 3% of GDP by March 31, 2021. But the circumstances of the pandemic have necessitated a deviation for which we are laying a statement in the Parliament. I will be introducing amendments to the FRBM Act.”