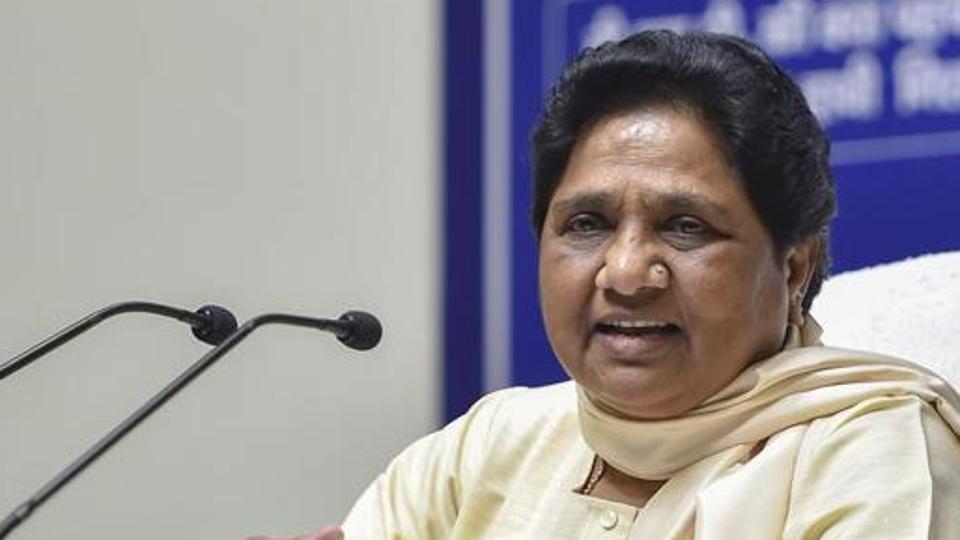 Former state minister and senior Bahujan Samaj Party leader Ramveer Upadhyay was on Tuesday suspended from the party on charges of anti-party activities. He has been removed from all the posts in the party organisation as well, said Mewa Lal Gautam, national general secretary, BSP.

He did not attend the rallies organised by the BSP-SP alliance either in West UP for the alliance candidates.

A video, in which he is seen campaigning for Satish Gautam —BJP candidate from Aligarh — also went viral on social media during electioneering.

A Brahmin face of the BSP, Upadhyay played an important role in mobilising the upper caste-Brahmin support for the party.

He was in-charge of bhaichara (brotherhood) committee constituted by BSP chief Mayawati to spread party’s base among Brahmin community.

He enjoyed influence over the upper caste-voters in Braj region (Agra-Mathura-Aligarh-).

He was the cabinet minister in the BSP government during 2007-12.

“Anti—party activities by Upadhyay had damaged the prospects of the BSP on Fatehpur Sikri, Agra and Aligarh seats. Zonal coordinators in their report submitted to Mayawati had stated that Upadhyay action had put the BSP on sticky wicket on three seats. Acting on the report of coordinators, Mayawati ordered suspension of Upadhyay,” said a BSP leader.

BSP had announced to field her from Fatehpur Sikri seat but later told her to contest from Aligarh, which she refused.

She also openly condemned the party leadership for the decision.

His brother, Mukul Upadhyay, a former BSP legislative council member, also revolted against the BSP leadership and joined the BJP in February.

A heavyweight BSP leader, Upadhyay was also the chief whip of the BSP in the legislative assembly.

In 2017 assembly election, he won from Sadabad (Hathras) assembly seat even as BJP wave swept the state.

When contacted, Upadhyay refused to comment, “I will express my views in a press conference in Hathras on Wednesday,” he said.