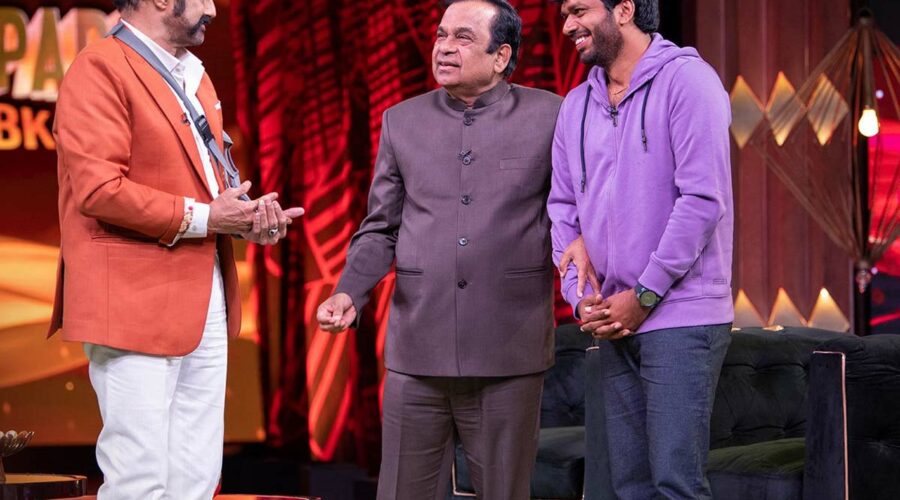 This episode shoot has been already  completed and the team Aha Video revealed the premiere date of the episode with the latest snaps of the trio.

The first episode of  talk show ‘Unstoppable with NBK’ had Mohan Babu, his son Vishnu Manchu, and Lakshmi Manchu as the guests. The second episode featured natural star  Nani as the guest.

On the other side, Balakrishna is currently waiting for the release of Akhanda, directed by Boyapati Srinu, which is arriving at the theaters tomorrow worldwide in a very grand manner. The movie has Kanche fame Pragya Jaiswal as the leading lady and Sunil  in the role of a villain. Balayya Babu is also working with Gopichand Malineni for #NBK107.

12/01/2021 India Comments Off on Brahmanandam, Anil Ravipudi to rock Balakrishna Unstoppable With NBK on this date
India