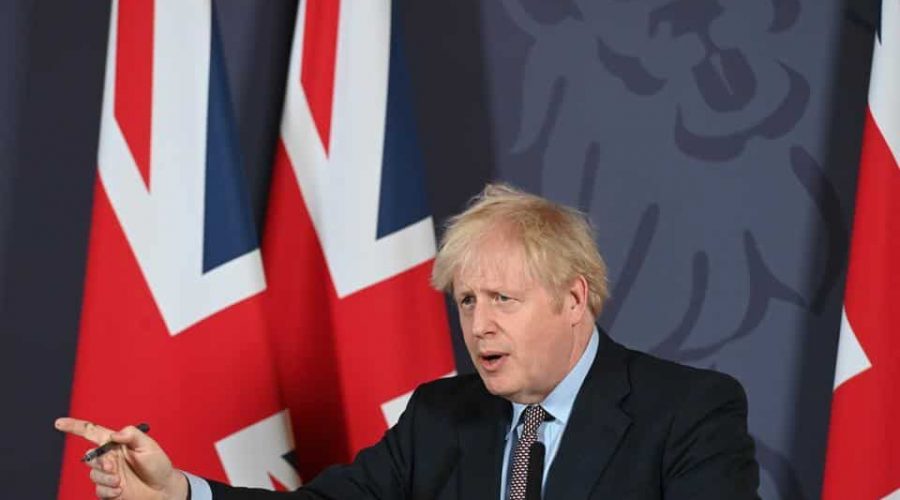 Prime Minister Boris Johnson said major changes are coming in the UK as the result of the trade deal his government negotiated with the European Union (EU), completing the country’s separation from the bloc, the Telegraph reported.

“We can’t sort of suddenly decide that we’re free and then not decide how to exercise it,” Johnson told the Sunday Telegraph in his first interview since the deal was reached on December 24. “This government has a very clear agenda to unite and level up and to spread opportunity across the country.”

The agreement on the UK’s exit from the EU’s single market and customs union will allow for tariff and quota-free trade in goods after December 31. It doesn’t apply to the services industry — about 80% of the UK economy — or financial services. The deal establishes a new framework for businesses on both sides of the Channel that leaves UK businesses facing more barriers to trade than they did while Britain was a member of the EU while freeing the British Parliament from many of the constraints imposed by EU membership.

Now that it has gained more freedom to independently set regulations, and financial and immigration policy, the UK would not “diverge for the sake of diverging,” he said. But would “do things differently where that’s useful for the British people.”

Johnson said his threats to walk away from the talks and allow the UK to crash out of the EU on January 1 were genuine and not a negotiating tactic. The deal was reached because EU negotiators knew that the UK would act with “absolute conviction” and “get up and walk away,” he said.

UK negotiators were able to “neuter” EU efforts to bind the UK to move in lockstep in terms of setting standards in the future. Those efforts by the EU have been “greatly watered down,” he said.

The EU also faces little risk of the UK slapping tariffs on its goods in areas where UK regulations are stricter than those of the EU.

“We could do it … but we’d be unlikely to do it because we don’t really believe in tariffs,” he told the newspaper. “We believe in high standards. If the EU did something like that, it would have to be proportionate and approved by the arbitrator.”