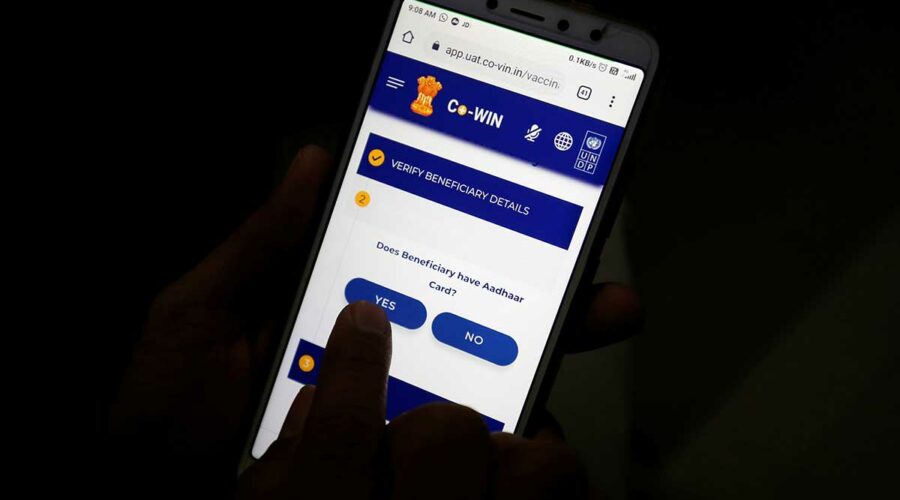 ‘Some are doing one vaccination with one mobile number and the second with another.’
‘Creating more accounts will not multiply the number of slots.’

CoWIN is like a railway platform filled with people and very few trains running, according to Ram Sewak Sharma, who heads the technology backbone for the COVID-19 vaccination process.

Sharma, who is also CEO of the National Health Authority, speaks to Nivedita Mookerji on the challenges in the CoWIN journey, the innovations and the preparation for future.

How has the CoWIN journey been so far?

I got into it around January 10 ahead of the January 16 launch. Innovations and developments have taken place constantly ever since.

It has been like changing the tyres of a moving truck. We changed the software to a citizen-driven platform. The rules of the game have also changed on the way.

Our job is to ensure implementation of the government policy. What has been your biggest challenge in spearheading CoWIN?

My challenge has been the scale.

We had done the infra backend estimation on what is called concurrent hits per second — how many people are logging in or hitting the system per second. We had measured it at 45,000.

On April 28, we got 55,000 hits per second. Some channels falsely said the system had collapsed and there were glitches in the system.

We registered 13.7 million in a matter of eight hours — that was the scale. Also, vaccinators at the field level find sometimes that information while registering, including name, is not correct.

People are now asking for correction in the certificate. Also, some are doing one vaccination with one mobile number and the second with another.

We are not doing any de-duplication at the backend. We could have done de-duplication if there was only a single digitally verified document like Aadhar, but we have not made Aadhar compulsory for vaccination.

Very small percentage of people are using Aadhar even though 99 per cent of the people in this country have it. Multiple accounts in a bank won’t produce more money. Similarly, creating more accounts will not multiply the number of slots.

This is a fallacy and people should not use it. Because of this, many people are stuck with two provisional certificates.

You have earlier spoken about vaccine availability being the real issue while booking a slot. Can you elaborate? If you have too many people on the platform and there are too few trains running, should you blame the platform?

Platform is not creating vacancies, it is making things accessible equally to everyone though some say it’s about the fastest finger first.

It’s the vaccine which should come… The total vaccine doses in the ecosystem is 70 million as of now. I think the demand-supply gap will reduce going forward. 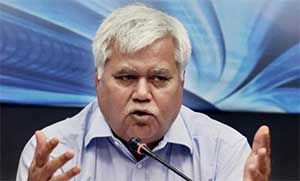 Since we knew about the demand-supply situation earlier, could the CoWIN have been built differently?

The question should be whether CoWIN provides flexibility for the people and entities responsible for vaccination.

Hasn’t the constant change in policy affected the efficiency of the platform in some ways?

No, not at all. The platform has been absolutely agile.

I must say that a policy gets announced and it takes a couple of days to change the platform. But the platform has been constructed in a manner that it does not create side effects. What are you doing to bridge the digital divide?

We are creating alternative mechanisms for the system to become more inclusive.

We are launching a 1075 utility call centre, we are also partnering with common service centres for the vaccination process.

If you don’t have a smart phone and your neighbour has one, s/he can do the registration for you and messages will come on your feature phone. We are making it an inclusive service.

People are not getting left out because of the digital divide, but because the vacancy is low compared to the demand. What is the demand versus supply number now?

The CoWIN dashboard will show the numbers registered versus the numbers vaccinated. While the ratio has improved, it has not become very comfortable.

Covid may be a long-term reality. How prepared is the technology platform for further rounds of vaccination?

CoWIN is a robust, scaleable and open platform. That’s not an option, but a necessity for a country like ours. 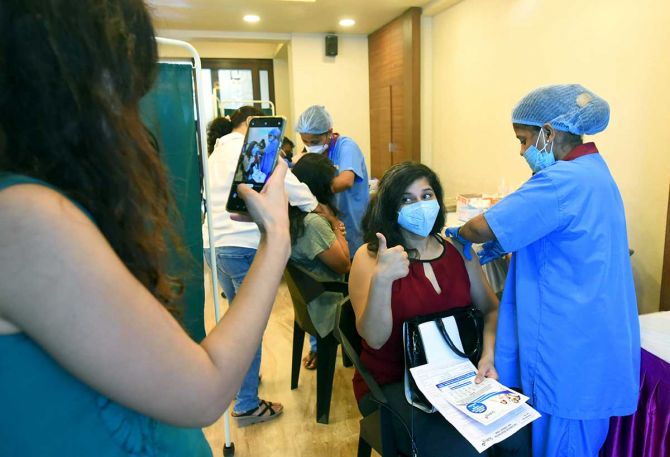 By when can India be fully vaccinated?

This is a question that I have not been able to answer because I am not the person in charge of it.

I don’t look at numbers, I take care of the numbers that come on the platform.