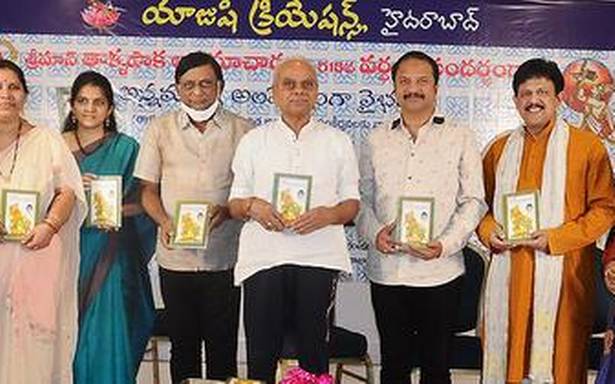 This is Mr. Venkat’s 12th book on Tallapaka literature of 14th century, and 14th in all, contains detailed analysis to the sankeerthans penned by the saint poet. Mr. Venkat Garikapati works as Deputy General Manager in the State Bank of India. Veteran actor L.B. Sriram released the book at a function in Ravindra Bharati on Thursday night. The first copy was received by music director R.P. Patnaik.