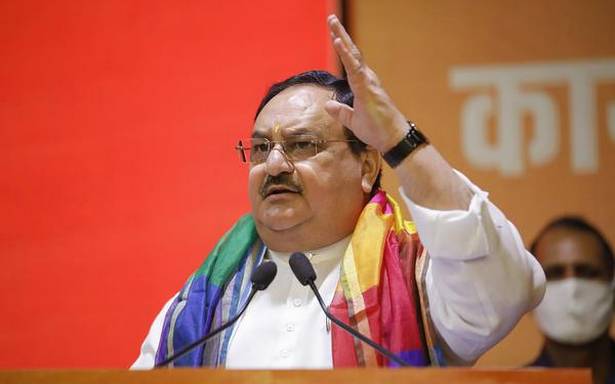 Speaking at a public event here, Mr. Nadda also expressed confidence that the "BJP’s flag will shine brightly" in the Mumbai civic elections which are due next year.

“The BJP will uproot the corrupt government in Maharashtra through a democratic process," he said.

"We will play the role of opposition (in Maharashtra) with complete sincerity and commitment,” Mr. Nadda added.

11/13/2021 India Comments Off on BJP will `uproot' MVA government in Maharashtra through democratic process: Nadda
India