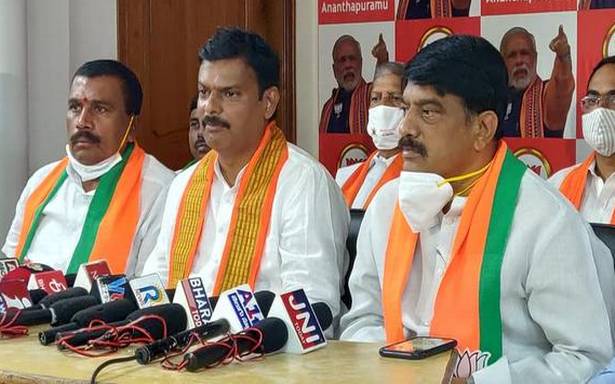 ‘Party has complete faith in the country’s judiciary’

The BJP will not support the impeachment motion against Supreme Court judges in Parliament if the YSRCP musters enough support and moves one in both Houses, after having written a letter to the Chief Justice of India, party State general secretary P.V.N. Madhav has said.

Addressing the media here on Thursday, Mr. Madhav said the YSRCP complaint against the judges was not in good taste.

“But the BJP believes that the TDP used the judges and resorted to insider trading in Amaravati lands. The TDP is now openly supporting the judges after the complaint,” Mr. Madhav said.

“The BJP, however, will not support any move of the YSRCP, as it has faith in the judiciary of the country and will not be a party to the impeachment proceedings against the judges,” he added.

Launching the ‘Jana Jagaran’ programme in support of the three farm Acts passed in Parliament recently and to explain the people as to how they were beneficial, Mr. Madhav said the TDP had resorted to cheating the farmers in Amaravati in the name of land pooling and did not give them the promised developed plot while it was in power.

“The YSRCP is no better with the issue hanging fire even today,” he pointed out. The BJP, he said, was for only single capital at Amaravati.

“None in Visakhapatnam is happy to have the proposed Executive Capital, as it will inconvenience them a lot, leave alone development,” Mr. Madhav claimed.

“What is preventing Chief Minister Y.S. Jagan Mohan Reddy to talk to the farmers of the Amaravati region and settle the issue by addressing their concerns and giving them the developed plots as promised by the government?” he questioned.

10/15/2020 India Comments Off on BJP will not support any move to impeach judges: Madhav
TV & Movies