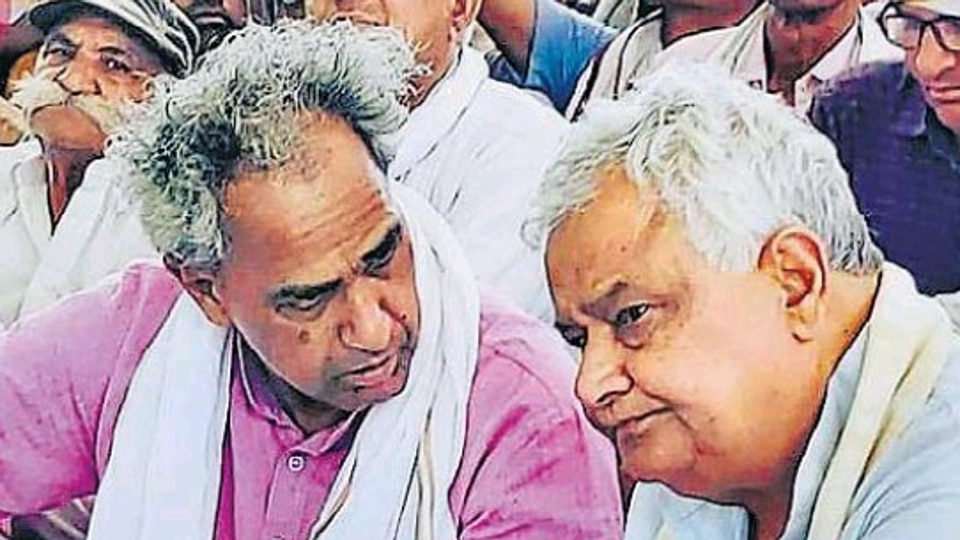 The death of a tribal man in Tonk district has taken on a political hue. Bharatiya Janata Party MPS Kirori Lal Meena and Sukhbir Jaunapuria on Saturday warned of an agitation if justice was not done while Congress MLA Harish Meena is already staging a sit-in with angry villagers since the past three days.

His family alleges that Harbhajan, a tractor-trolley driver, was thrashed by police on May 29. They said police beat up Harbhajan and then took him to hospital where doctors examined him and declared him dead.

Harish Meena, the MLA from Deoli-uniyara has joined villagers in the dharna since the past three days. On Saturday, BJP leaders too came out in support of the protest. The villagers are refusing to hand over the dead body for post mortem till their demands are met. They are demanding that a case be lodged against the guilty policemen,Rs 25 lakh compensation and a government job for a family member of the deceased.kirori Meena said a case of murder should be lodged against the guilty.

He said if the government did not accept the demands of the family members then he and other BJP leaders would launch an agitation from June 5.

“The government is paying no heed to our demands. The driver was murdered. The indefinite strike will be called off only after our demands are met,” BJP’S Gopichand Meena said.

The police, meanwhile, have denied the allegations, saying he died due to an injury after falling from the tractor-trailer when they stopped him for checking it.

Meanwhile, Tonk collector R C Dhenwal said the government is ready to meet their demands.“a compensation of Rs 8 lakh will be given as per rules. Besides, the government will give an additional ~5 lakh from the CM’S relief fund,” he said.

06/02/2019 India Comments Off on BJP, Congress unite to fight for dead driver
India