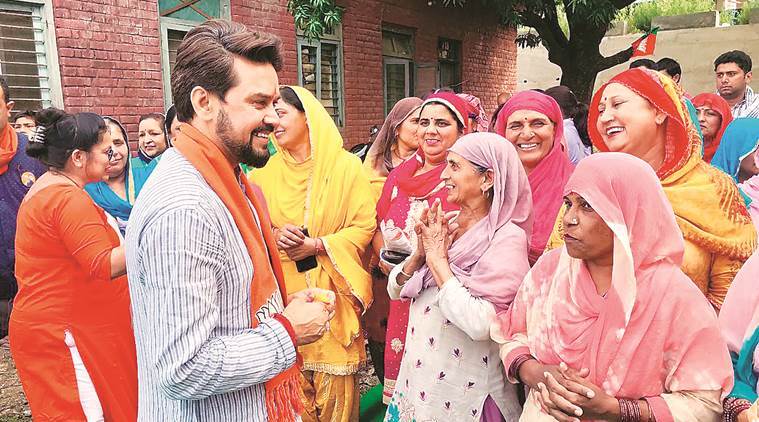 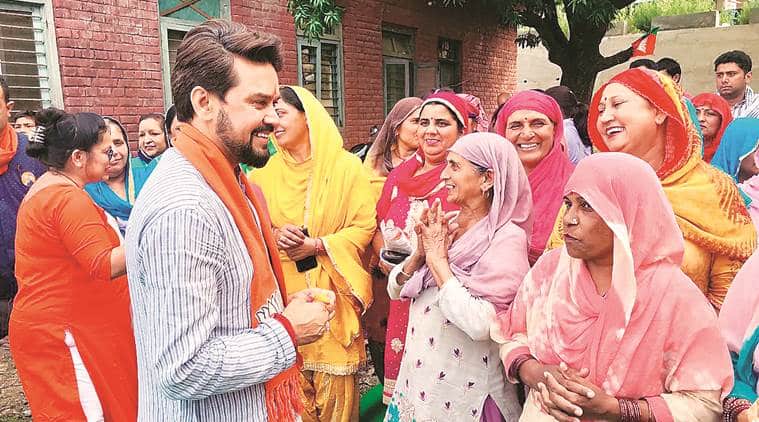 Breaking all records of the previous Lok Sabha polls, each BJP candidate in the four Lok Sabha seats in Himachal Pradesh won with an unprecedented vote margin of over 3.27 lakh votes.

“Himachal Pradesh has given a historic mandate this time. Not only did the BJP candidates win with unprecedented vote margins here, the BJP has got the highest vote share in Himachal Pradesh as compared to all other states in the country,” Chief Minister Jai Ram Thakur said Friday.

In the 2014 Lok Sabha polls, when too the BJP had won all four seats, the highest victory margin was in Kangra. The BJP candidate had secured the victory with a margin of 1,70,072 votes. In the 2009 polls, when the BJP won three of the four Lok Sabha seats in the state, the maximum vote margin was in Hamirpur – 72,732 votes. In the 2004 Lok Sabha polls, the BJP had won only the Hamirpur seat that too with a small margin of 1,615 votes.

In 2014 general elections, the BJP had acquired a vote share of 53.85 per cent winning all four seats. On Thursday, the party got a higher vote share of 69.11 per cent.

In the last Lok Sabha polls, in the Shimla (reserved) seat, BJP’s Virender Kashyap had won against Congress’s Mohan Lal Brakta with a margin of 84,187 votes. On Thursday, BJP’s Suresh Kashyap defeated nearest rival, Congress’s Dhani Ram Shandil, by a margin of 3,27,515 votes. Kashyap had polled 6,06,183 votes. The vote share for the BJP in Shimla now is 66.35 per cent, much higher than the 53.85 per cent it had secured in 2014. The Congress, which had a vote share of 41.07 per cent vote share in Shimla in 2014, could secure only 27.3 per cent this time.

In a recent interview with The Indian Express, Anurag had claimed that his aim was not just to win the Hamirpur seat, but to win with a higher vote margin than last polls.

In 2014, the margin between Anurag and then Congress candidate Rajinder Singh Rana was 98,403 votes. The BJP had secured 53.6 per cent votes in Hamirpur. This year, the party got a higher vote share of 69.04 per cent. The Congress, on the other hand, got 28.63 votes, which was 13.15 percentage points lower than what it had secured in 2014.

In Mandi, BJP’s incumbent Ram Swaroop Sharma, who got 6,47,189 votes, won against nearest rival, Congress’s Aashray Sharma, the grandson of former Union minister Sukh Ram, with a margin of 4,05,459 votes. In 2014, the vote margin between Ram Swaroop and the then Congress candidate Pratibha Singh, wife of former Himachal Pradesh Chief Minister Virbhadra Singh, was 39,856 votes. The BJP’s vote share reached 68.75 per cent this time, compared to 49.94 per cent in 2014. The Congress, that had got 44.46 per cent votes in 2014, got 25.68 per cent votes this time.