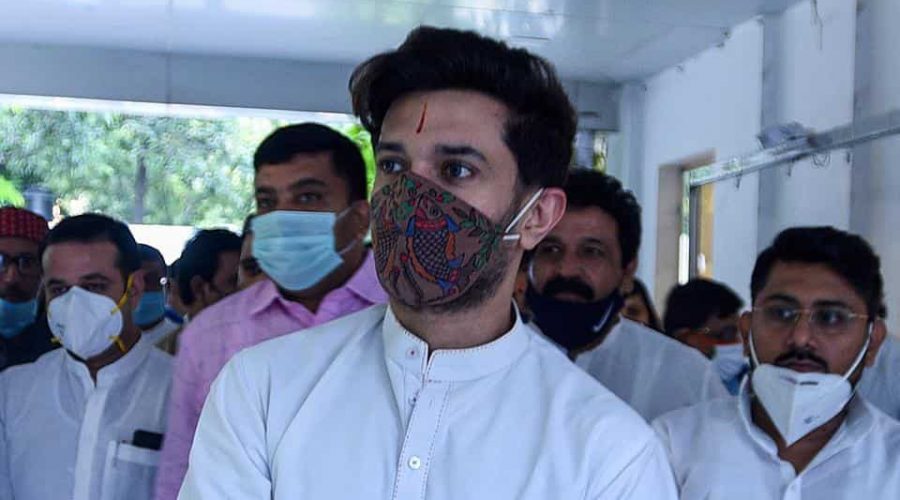 Lok Janshakti Party (LJP) president Chirag Paswan on Sunday reiterated his party’s stand of supporting the BJP, but not the Nitish Kumar-led Janata Dal (United) in the upcoming Bihar assembly elections, saying that the party is “committed” to Prime Minister Narendra Modi’s vision even as he criticised the JD(U).

His statement comes a day after Union home minister Amit Shah said in an interview to a TV news channel that the LJP had left the National Democratic Alliance (NDA) in Bihar on its own accord. Since LJP’s decision to contest the election on its own, BJP leaders have repeatedly backed Nitish Kumar and said that their alliance is with the JD(U).

Paswan on Sunday also downplayed BJP’s recent attacks on him, saying that the BJP was only following “coalition dharma” as an ally of chief minister Nitish Kumar.

“I do not need to exhibit my relations with the prime minister. From the time when my father was in the hospital to his last rites, I can never forget what he (PM) has done for me,” Paswan said in a series of tweets in Hindi.

Paswan said the chief minister, also the JD(U) president, should be thankful to his ally for following the coalition dharma by giving him a “certificate” every day that it has no links with the LJP president despite “so much anger” against Kumar.

“I do not want Prime Minister Narendra Modi to be in any dilemma due to me. He should follow his coalition dharma. He can say anything against me without any inhibition to satisfy chief minister Nitish Kumar,” he said.

He added that he is committed to Modi’s mantra of development.

Experts say Paswan’s move to be vocal about his support for the BJP are timely ahead of elections. “His [Paswan’s] politics is more in keeping with likely post-poll scenario that he visualises, while the attacks are aimed at making an impact on the upcoming elections,” said Professor NK Choudhary, a Patna-based political analyst.

JD(U) spokesperson Rajiv Ranjan said there was no confusion within the NDA’s ranks. “Ram Vilas Paswan was accommodating and flexible and understood the merits of the coalition dharma. Chirag has shown a lack of understanding of issues,” he said, referring to the late Union minister Ram Vilas Paswan.

Manoj Jha, the main opposition Rashtriya Janata Dal (RJD)’s Rajya Sabha (RS) member and the party’s national spokesperson, said, “The posturing of the BJP and the LJP seems to be an attempt to keep Kumar in his comfort zone till the very end and not let him see the writing on the wall, which the two NDA allies at the Centre have scripted against the third. Election is a perception battle. The perception on the ground is not easy to dispel.”

The 243-member Bihar legislative assembly goes to polls on October 28, November 3 and 7. Election results will be declared on November 10.