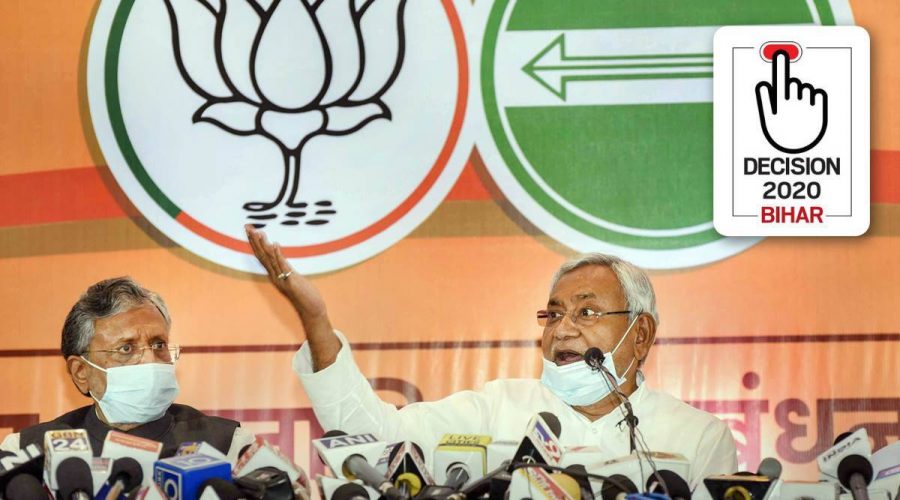 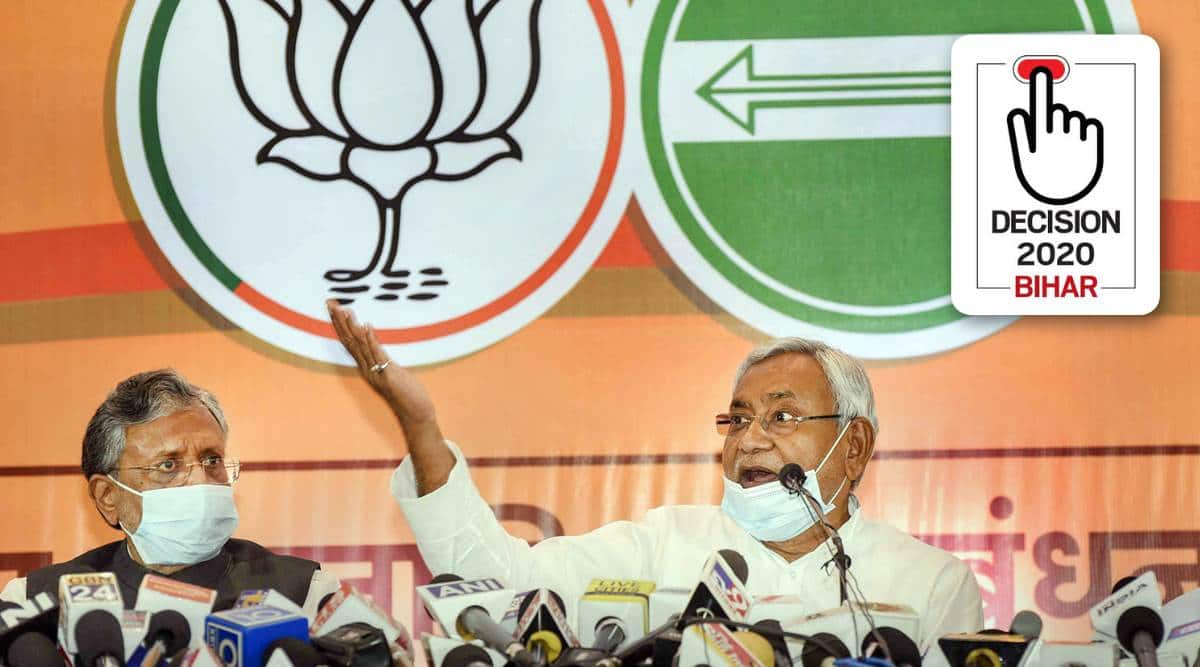 Rattled by Lok Janshakti Party leader Chirag Paswan’s repeated attacks on its leader Nitish Kumar — and his simultaneous praise for Prime Minister Narendra Modi and BJP — the Janata Dal (United) has cautioned its ally that this could hurt the alliance. And has asked the BJP to clearly signal that it’s not playing both sides. This may be easier said than done.

But, sources said, this was behind senior BJP leaders Friday coming out sharply criticising Paswan, backing Nitish and announcing joint rallies of Prime Minister Narendra Modi and Nitish Kumar. This, even as a section of the BJP planned to prop up the young Paswan, hoping this will “cut Nitish to size,” blunt anti-incumbency, and reduce his party to a junior partner. This section even wanted the LJP as a partner, given its 5 per cent support base, especially among a section of Dalits.

At least three JD(U) MPs The Indian Express spoke to admitted that there was such a “deliberate” attempt.

“In the BJP, there is a section that does not like Nitish Kumar and they wanted to belittle him. That boy (Chirag) was created by this section. But then they realised that when the water gets into the boat, the entire boat drowns,” said a leader. This explains, sources said, why there will be no “separate” BJP or JD (U) rallies in the state but all under the NDA umbrella.

“This would be the first time Prime Minister Narendra Modi will seek votes for the NDA from each of his platforms in Bihar,” senior JD(U) leader K C Tyagi told The Indian Express. “He will ask people to vote for NDA led by Nitish Kumar. From the JD(U) side, Kumar will share the dais with the Prime Minister in every rally.”

“There have been some doubts or confusion after Chirag Paswan’s comments about his connection with the BJP and the PM. But these (the rallies) will clear the smoke,” Tyagi said. While BJP general secretary in-charge of Bihar Bhupender Yadav called Paswan’s remarks against Nitish “extremely unfortunate,” and a “politics of lies,” Union Minister Prakash Javadekar slammed the LJP as “just a vote katuaparty.”

JD(U) sources said the party will insist that LJP cannot be considered either for the Rajya Sabha seat vacant after the death of Ram Vilas Paswan or for the Ministerial post in the event of a Cabinet expansion. “The LJP has fielded candidates against NDA candidates. Then how can it be considered for either? Besides, the JD (U) will definitely field a candidate against Chirag in the next Lok Sabha election,” said a leader.

“BJP leaders, including Central leaders have clarified that LJP is not a part of NDA. People will not listen to him, they will take Chirag’s remarks as an act of desperation,” Dinesh Yadav said.

“There’s no confusion. Our workers are clear about who is in the NDA,” said Kamait. Added Santosh Kumar: “The workers of the BJP and the JD (U) know each other at every constituency. Every confusion is cleared by the BJP leaders’ statements.” Still, fingers are crossed on how much of that confusion is cleared on the ground as the campaign enters the last fortnight before the first phase of voting October 28.