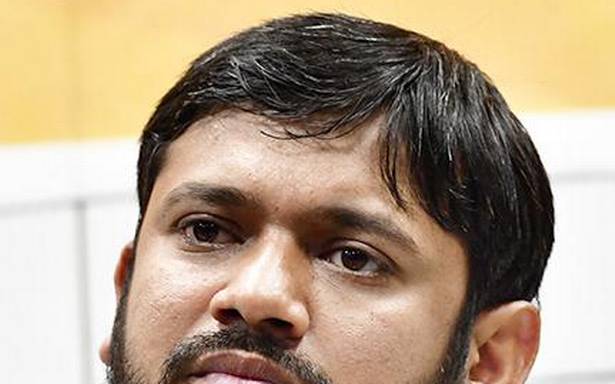 Taking a swipe at the ruling NDA in Bihar, CPI leader and former JNU students union president Kanhaiya Kumar on Wednesday said unfortunately the agendas which were relevant to the State 15 years back continue to dominate the present polls.

He lamented that in the ongoing polls in Bihar, the ruling coalition is setting the agendas and the opposition is only reacting to it instead of coming out with their own issues.

CPI is part of the RJD-led Grand Alliance in the Bihar elections. The left party is contesting on six seats in all three phases of the election as partner of the anti-NDA grouping.

Though Mr Kumar, who unsuccessfully contested 2019 General Election from his native Begusarai Lok Sabha seat, is not fighting the State elections, but he has been named among the star campaigners of his party for the polls.

Former JNUSU general secretary, Sandeep Saurav, has been fielded by CPI-ML, also a member of the grand alliance, from the Paliganj assembly seat in the outskirts of Patna.

Its yet not confirmed whether Kanhaiya Kumar as leader of the opposition grouping would seek vote for him at Paliganj.

Making a scathing attack on the Nitish Kumar government, the prominent youth leader said “even after ruling the State for 15 years he failed to solve the problems in the fields of education, health and other core sectors…Bihar still stands on the same position as it did 15 years ago in terms of development.”

The CPI leader’s jibe seems directed at puncturing the claims of Nitish Kumar of bringing an alround development in the State in last 15 years under him.

“The issues pertaining to basic needs of the people which were relevant in elections 15 years ago continue to dominate the political arena even in this election,” the former Jawaharlal Nehru University students union president told PTI-Bhasha in an interview.

“The ruling side is setting the agendas in the current State election and the opposition parties are merely reating to it. Opposition should set their own alternative agendas,” he said.

Coming down heavily on the NDA coalition at the Centre as well as in Bihar, the CPI leader said “through headline management they are diverting attention of the people from the basic issues guiding citizens daily lives.”

Apparently refering to LJP which is contesting on its own in the Bihar polls with a promise to defeat the JD(U) and form the next government in the State with the BJP, he said “there is utter confusion in the ruling alliance as who is with whom and who is against whom.”

Asked if he accepts Tejashwi Yadav as the leader of the opposition grouping, he said “he is leader of the largest constituent of the coalition so it’s natural that he will be the leader and there is no question about it.”

At the joint press conference of the Mahagathbandhan in Patna recently where seat-sharing deal among the partners was made public, all the member parties had backed Lalu Prasad’s younger son Tejashwi Yadav as the chief miniterial candidate of the grand alliance.