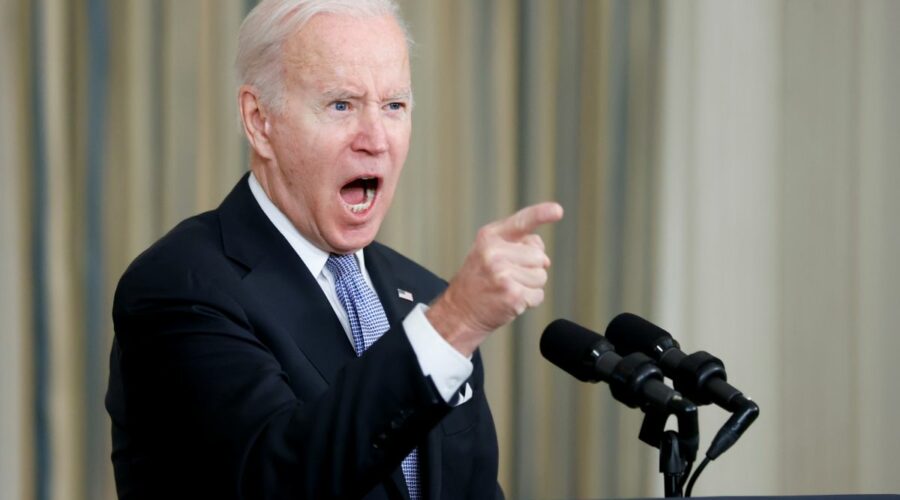 The stunning disclosure late Tuesday in Brussels that the US is working on a ‘road map’ for according recognition to the Taliban government will take a lot of people by surprise, but it could have been expected sooner rather than later.

The US has a consistent record of rethinking its strategies once it realises that the policy has landed in a cul-de-sac. That is exactly what has happened in this case.

Pressure tactic will not work on the Taliban, which has a strong support base rooted in Pashtun ethno-nationalism.

On the other hand, the US took no interest whatsoever in the self-styled Panjshiri ‘resistance’ either.

Former US special representative Zalmay Khalilzad recently acknowledged that the US and the Taliban were inches away from realising the understanding per the Doha agreement that an interim government would be formed in Kabul (which, of course, Ashraf Ghani and his clique duly sabotaged.)

The new US Special Representative for Afghanistan Thomas West explained in a briefing on Tuesday that Washington is worried about an uptick in attacks by the ISIS affiliate in Afghanistan and remains deeply concerned about al-Qaeda’s ongoing presence there.

West is currently on a visit to Brussels to brief the NATO allies on US talks with the Taliban and hold consultations on a ‘road map’ toward recognition of the government.

Importantly, he was speaking on-the record.

To quote West, ‘The Taliban have voiced very clearly and openly their desire to normalise relations with the international community, to see a resumption in aid, to see a return of the international diplomatic community to Kabul and to see sanctions relief. The United States can deliver none of these things on our own.’

West is proceeding from Brussels to Pakistan for a meeting of the ‘Troika Plus in Islamabad on Thursday.

From there, he’ll travel to Delhi to brief the USs Quad ally on the new thinking in Washington regarding the Taliban government and the developments thereof.

From Delhi, West is proceeding to Moscow.

TASS had reported earlier citing Russian Foreign Minister Sergey Lavrov that during a telephone conversation with the Russian presidential envoy Zamir Kabulov, West had said he wanted to come to Moscow to establish contact with the Russian side.

Accordingly, a ‘working visit’ has been scheduled for coming Monday.

West’s disclosure comes against the backdrop of the Pakistani media reports on Tuesday that Islamabad is ‘set to host the interim Afghan foreign minister as well as special envoys from the United States, Russia and China as part of diplomatic efforts aimed at preparing the ground for the international community’s recognition of the Taliban government.’

The meeting of the special envoys in Islamabad will be in the format of the so-called ‘Troika Plus’ — Russia, US, China and Pakistan.

According to the Express Tribune newspaper, Muttaqi will also join the ‘Troika Plus’ meeting, which if correct, will be highly symbolic.

In reality, the Taliban authorities are being co-opted by the ‘Troika Plus’.

Conceivably, the US is considering to provide access to Afghanistan’s blocked funds in American banks to the tune of $9.5 billion.

There is immense international pressure on this score, as was apparent at the recent meeting of the regional States in the so-called Moscow Format.

Clearly, the Biden administration has veered round to the view that it is in the interests of regional and international security that the Taliban government’s capacity to stabilise the Afghan situation, especially on the security and economic arena, is beefed up in whatever way possible.

Without doubt, the Biden administration is taking the right approach, although this is going to be controversial in the polarised political opinion in the US.

To be sure, this rethink carries President Biden’s imprimatur.

It appears that Beijing is in for a nasty surprise by the turnaround in the US thinking.

A commentary in Global Times earlier Tuesday was apparently quite unaware of the meeting of the ‘Troika Plus’ in Islamabad or that the ground beneath the feet was shifting dramatically.

The Global Times report said ‘Muttaqi’s visit to Pakistan is likely to be transactional with discussions on practical issues of mutual concern, including Afghan Taliban’s role as mediator between the Pakistani government and the Pakistani Taliban.

‘Despite the frequent recent interaction between the Taliban government and Pakistan, there is long way to go before a country recognises the Taliban government as legitimate. In addition to the implementation of anti-terrorism commitments ensuring inclusiveness and protecting women’s rights by the Taliban, there are also specific issues ahead such as borders and trade routes.’

Interestingly, the report went on to speculate that ‘one possibility is that after China, Russia, Pakistan and other regional countries establish a dialogue with relevant countries in the Middle East, they will recognise the Taliban regime collectively or independently.’

On the contrary, the Biden administration has been talking directly to the Taliban and Islamabad all this while but kept the discussions strictly on a ‘need-to-know’ basis, which excluded Beijing.

At any rate, Beijing has been on a hostile belligerent mode and refusing to cooperate with Washington.

Its growing assertiveness as kingmaker in Kabul has suffered a setback with Washington quietly moving in.

The great game is shifting gear.

Indeed, the above developments completely change the regional alignments.

For a start, Pakistan bounces back as Washington’s most important partner in the period ahead in regard of the ‘road map’ under consideration for recognising the Taliban government.

An effective future US role in Afghanistan will need to be anchored on Pakistan’s cooperation.

Quite obviously, the Biden administration has been swayed by the Pakistani argument that continued procrastination in engaging with the Taliban government holds dangers and a replay of the anarchical conditions in the 1990s may well ensue with the added complication that the ISIS is gathering strength.

Equally, the US seems to share the British assessment that the progressive elements within the Taliban deserve to be supported.

Giving evidence to the UK’s House of Commons Defence Committee on Tuesday, General Sir Nick Carter, the Chief of the Defence Staff said, ‘Taliban 2.0 is different. There are a lot of people in Taliban 2.0 who would like to govern in a more modern way, but they are divided among themselves, as political entities so often are.

‘If the less repressive elements end up gaining greater control… then I think there is no reason to suppose that Afghanistan over the next five years might not turn out into a country that is more inclusive than it might have been otherwise.’

Interestingly, General Carter who has had a hands-on role in the Afghan issues, was dismissive about winners and losers.

As he put it, ‘I think it is too early to say that defeat has occurred. Victory here needs to be measured in the results and not some great military extravaganza.’

The US and the UK mostly move in tandem, especially when it comes to Afghanistan.

Biden was in UK only last weekend for the climate summit in Glasgow.

Credit goes to Biden ultimately for the sense of realism that is on display here to let bygones be bygones and to open a new page as quickly as possible in the US national interests.

Ambassador M K Bhadrakumar, who headed the Pakistan-Iran-Afghanistan desk at the ministry of external affairs in the 1990s, served the Indian Foreign Service for 29 years.