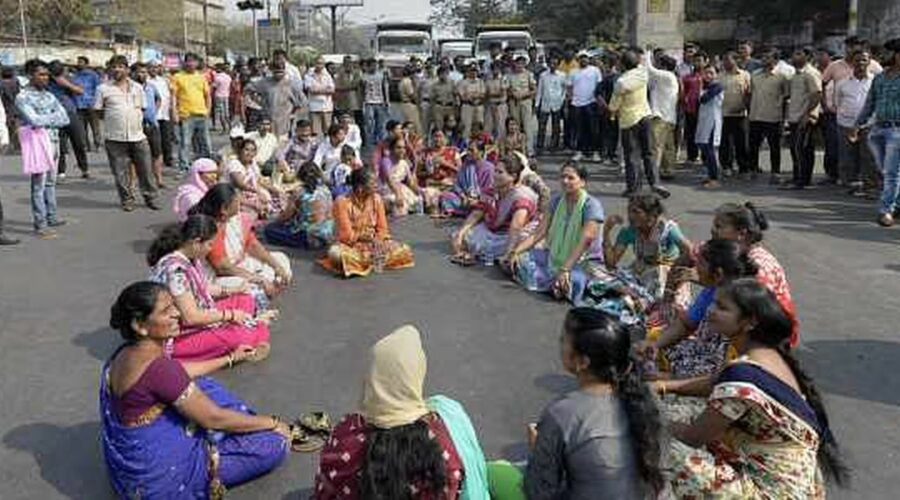 Rashmi Shukla’s testimony comes as a revelation because the proceedings of the Elgar Parishad form the basis of the Bhima Koregaon case which has become an international cause celebre.
Jyoti Punwani reports.

Maharashtra’s then home minister didn’t ever discuss the proceedings of the Elgar Parishad held on December 31, 2017, at Pune’s historic Shaniwarwada, with Pune’s police commissioner.

Nor did he discuss the violence that took place the following day at Bhima Koregaon with her.

In fact, no minister either at the Centre or state contacted Pune’s police commissioner over these two incidents.

The BJP’s Devendra Fadnavis was at the time both Maharashtra’s chief minister and home minister.

The deposition of Shukla, who filed her affidavit only last month in response to a notice from the Commission, had more surprises.

The senior police officer testified that she had not viewed the video of the proceedings of the Elgar Parishad.

Shukla was being cross-examined by Advocate B G Bansode, who represents two Dalit victims of the January 1, 2018 violence.

Shukla denied Bansode’s suggestion that she didn’t think it necessary to watch the videos because there was nothing controversial about the proceedings.

Her explanation was that she was too busy to watch the video.

On January 1, 2018, she was busy with the bandobast required in Pune after violence broke out in Bhima Koregaon that day. On January 2, she had to prepare for the Maharashtra bandh called by Prakash Ambedkar on January 3.

Shukla said she had read all intelligence inputs about the Elgar Parishad before it took place, and police reports about its proceedings after it was over.

She admitted that the Pune police had not on its own registered any FIR in connection with the Parishad, till one Tushar Damgude filed a complaint on January 8.

Incidentally, in her affidavit, Shukla implies that the Elgar Parishad ended peacefully.

‘Due to visibly heavy police presence at Shaniwarwada and at various fixed points in Pune city, and at checknakas and roads leading towards Bhima Koregaon, and promulgation of prohibitory orders, the organisers of the Elgar Parishad cancelled their proposed long march to Bhima Koregaon, and after making speeches at the Parishad, left on their own to attend the Janaury 1, 2018 function,’ says her affidavit. 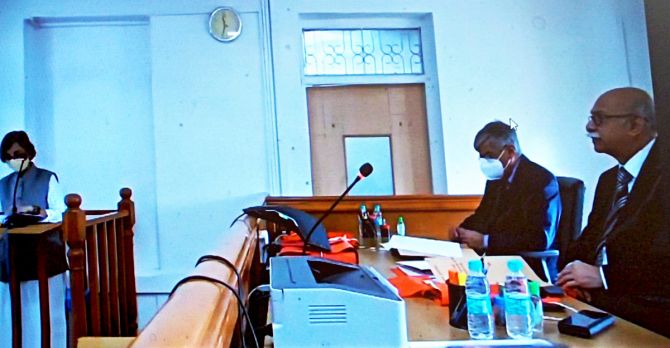 Shukla’s testimony comes as a revelation because the proceedings of the Elgar Parishad form the basis of the Bhima Koregaon case which has become an international cause celebre.

The case against the 16 dissidents who were arrested in 2018 from across the country, hinges on the speeches made at the Parishad and the songs sung there.

The majority of them had not attended the Elgar Parishad.

The Pune police alleged that inflammatory speeches made at the Parishad led to the violence that broke out the next day at Bhima Koregaon, where lakhs of Dalits had converged to commemorate the 200th anniversary of the battle in which Mahar soldiers had helped the British defeat the Peshwas.

Dalits were the primary targets of the violence, which later degenerated into riots in which a Maratha youth was killed.

The central National Investigation Agency, which took over the case from the Pune police after the BJP lost power in Maharashtra in 2020, has invoked the seriousness of the charges to oppose bail to the accused, 13 of whom are still in jail.

Only one of the accused, 60-year-old Chhattisgarh advocate Sudha Bharadwaj, was recently granted regular bail.

82-year-old Telugu poet Professor Varavara Rao is on medical bail for a year.

The eldest of the accused, Father Stan Swamy, the 84-year-old Jesuit priest from Jharkhand, died in hospital last year.

In contrast, the two Hindutva leaders named in the very first FIR for the violence of January 1, 2018, roam free.

Filed by Dalit activist Anita Sawale on the very next day, the FIR named Milind Ekbote and Sambhaji Bhide for having instigated the attacks on Dalits which took place on January 1, 2018.

But another FIR filed on January 8, on the basis of a complaint by Tushar Damgude, blamed the speakers at the Elgar Parishad for having made inflammatory speeches and aroused caste feelings. It is this FIR which was made the basis of the case against the ‘Bhima Koregaon 16’.

Ekbote, a former BJP corporator, was arrested in March 2018, but got bail a month later. He was recently booked for having made a hate speech in Pune, but was given anticipatory bail within a month. He has been earlier convicted in five rioting cases.

Bhide was never arrested, as chief minister Fadnavis gave him a clean chit in the Maharashtra assembly.

Shukla said she had never met Sambhaji Bhide nor did she know if he had any criminal cases against him.

Milind Ekbote had once come to her office and introduced himself as a ‘gau-rakshak‘, she said.