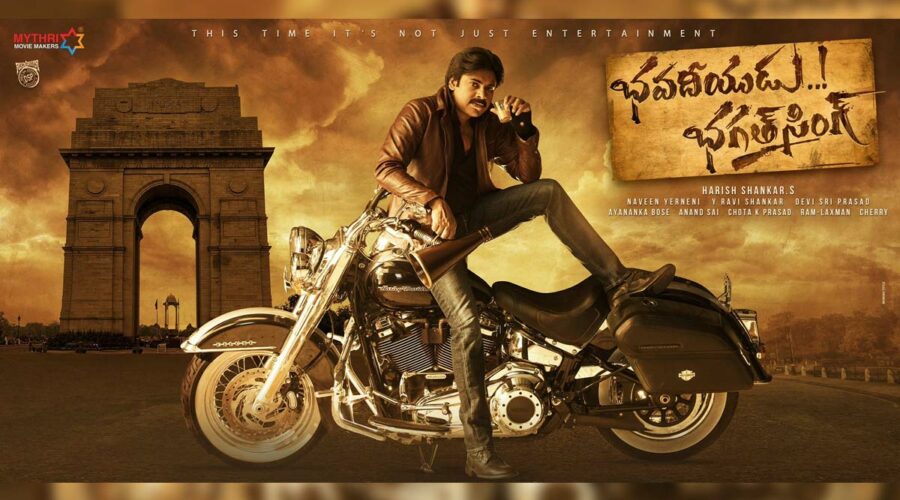 On 2nd September, on the occasion of Pawan Kalyan’ birthday, the renowned production house Mythri Movie Makers shared a brand new poster of the film to wish its lead actor. Pawan Kalyan was seen holding a long rifle as he sat over a Harley Davidson bike parked near the India Gate. Today morning  Harish Shankar took to his Twitter and revealed the title Bhavadeeyudu Bhagat Singh and also released the first look poster of Pawan Kalyan from the film PSPK28.

Coming on the first look poster of Bhavadeeyudu Bhagat Singh, Power Star Pawan Kalyan is sitting on a bike, holding a megaphone in one hand whereas tea (chai) in other hand.

According to the latest buzz in the film industry, Pooja Hegde has been roped in to play the female lead role. The makers are yet to reveal the name of female lead.

Currently Pawan Kalyan, who was last seen in Venu Sriram’ Vakeel Saab,  is busy in Saagar K Chandra’ directorial venture Bheemla Nayak with Rana Daggubati and Nithya Menen,  which is a the Telugu remake of Ayyappanum Koshiyum. He has also shot for Krish’ magnum opus  Hari Hara Veera Mallu in which ismart Shankar fame Nidhhi Agerwal is playing the female lead.

09/09/2021 India Comments Off on Bhavadeeyudu Bhagat Singh First Look Poster:  Pawan Kalyan on a bike with a megaphone and chai
India