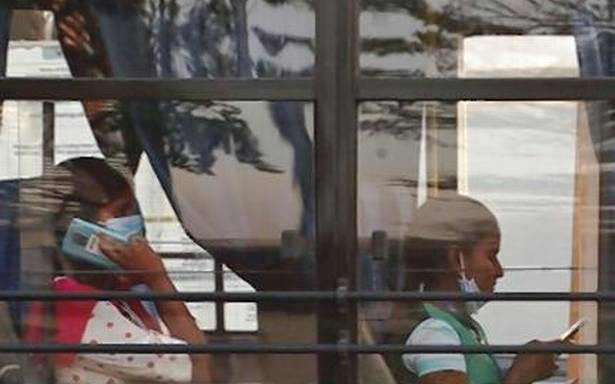 ‘Twelve million doses to be shipped’

Covaxin maker Bharat Biotech has signed an agreement with Precisa Medicamentos, a firm in Brazil, to supply the COVID-19 vaccine candidate to the Latin American country.

Twelve million doses of the indigenous vaccine are likely to be supplied over a period of time and the first consignment is expected to be shipped shortly, a spokesperson for the company said, without elaborating on the timelines. The company will probably be the first to export COVID-19 vaccines, the spokesperson added.

Developed with Indian Council of Medical Research-National Institute of Virology, Covaxin is an inactivated two-dose vaccine and earlier this month had received emergency use authorisation from the Drugs Controller General of India. Phase III clinical trials for Covaxin that began in November are underway and involve around 26,000 volunteers across the country.

Tuesday’s announcement about the agreement follows a Precisa Medicamentos team visiting Bharat Biotech last week to discuss potential export possibilities. On January 7 and 8, the team held discussions with the company’s founder and CMD Krishna Ella at the Bharat Biotech facility in Genome Valley here. Ambassador of Brazil André Aranha Corrêa do Lago , who had also joined the discussion on a virtual platform, expressed his keen interest on behalf of the government of Brazil towards procurement of Covaxin.

“In principle, it is understood between both parties that supplies of Covaxin [is] to be prioritised for the public market, through a direct procurement by the government of Brazil. Supplies to the private market would be based upon receipt of market authorization from ANVISA, the Brazilian regulatory authority,” a release from Bharat Biotech said.

Pharmaceutical Director of Precisa Medicamentos Emanuela Medrades, following the visit, said “we identified highly technological, scientific and sanitary control levels. There were also excellent outcomes in clinical trials, which will be published soon. Bharat Biotech has exceeded our expectations, demonstrating quality and safety at the level of the largest vaccine suppliers in the world,” the release quoted him as saying.

Mr. Ella said “we are happy to note that vaccines innovated in India are able to address the public health needs of Brazil. Our goal for all vaccines developed at Bharat Biotech is to provide global access to populations that need it the most.”

According to WHO data, Brazil has had over eight million confirmed COVID-19 cases and the number of deaths, due to the virus, were over 2,03,100.