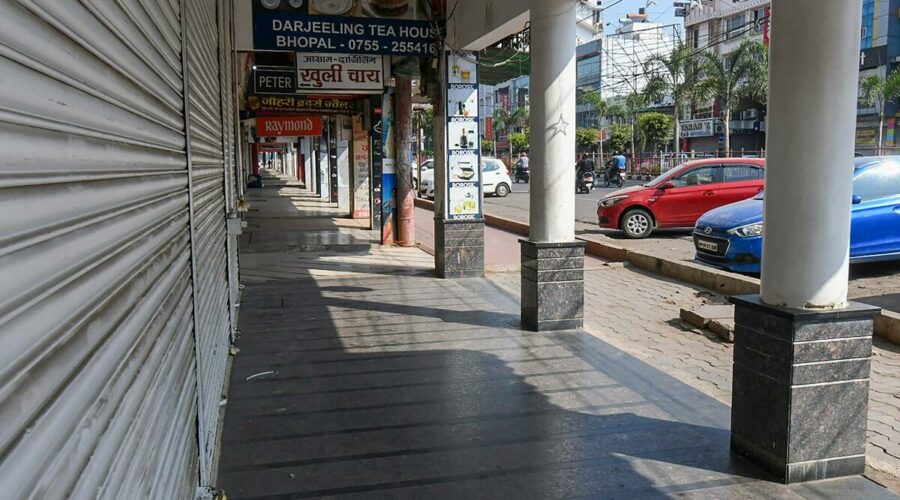 Bharat Bandh Today Live News Updates: More than eight crore traders from some 40,000 business organisations are expected to join the strike by keeping their establishments closed on Friday. Bharat Bandh Live Updates: Trade unions have called for a nationwide ‘Bharat Bandh’ on Friday, demanding a review of the Goods and Services Tax (GST) regime. They claim the amendments to the law regime are “complicated”, “regressive” and “draconian”. More than eight crore traders from some 40,000 business organisations are expected to join the strike by keeping their establishments closed today.

Lakhs of trucks are also expected to stay off the roads with the All India Transporters Welfare Association (AITWA), an apex body representing around one crore road transporters in India, deciding to join the protest. The AITWA is demanding the E-Way Bill to be replaced with e-invoice and immediate reduction in diesel prices.

The Samyukta Kisan Morcha (SKM), the farmers’ union spearheading the protests at Delhi’s borders, also appealed to farmers to participate in a peacefully manner in the strike.

Essential services will remain functional through the day, including medical, milk and vegetable shops.

Good morning and welcome to our live blog! The Confederation of All India Traders (CAIT), which called for a Bharat Bandh today, claims over 8 crore traders from some 40,000 business organisations across India will join by shutting their commercial establishments. Follow this live blog through the day for the latest news and updates

The Confederation of All India Traders (CAIT) called for a Bharat bandh today (February 26) demanding a review of the Goods and Services Tax regime, provisions of which traders claim are “complicated”, “regressive” and “draconian”. The traders’ body claims an estimated 40,000 traders’ associations across the country have extended their support.

Mahendra Arya, national president of the All-India Transporters Welfare Association (AITWA), said all transport companies are requested to park their vehicles on Friday as a symbolic protest. “All transport godowns will display protest banners. All customers will be approached by transport companies not to book or load any goods on Friday,” he said.

Suresh Khosla, secretary of Bombay Goods Transport Association (BGTA), said: “BGTA has been petitioning the government on various issues of the transport industry, mainly on issues of un-practicable E-Way bill under GST and unviable pricing policy of diesel. Our office bearers have also been meeting government officials regularly to explain their problems; however, no resolution or respite has ever been provided.”

The CAIT and AITWA did not participate in the December Bharat bandh call given by farmers protesting against the Centre’s three farm law. In a joint statement, CAIT and AITWA had said no farmer association had approached them to join the bandh. The farmers, like traders and transporters, are an important part of the national economy and, therefore, immediate steps are needed to resolve their issues, read the statement.

The bandh call saw maximum response in Punjab and Haryana, where roads were blocked and markets remained closed. The shutdown, backed by most Opposition parties and trade unions, also had some impact in states like Odisha, Maharashtra and Bihar.