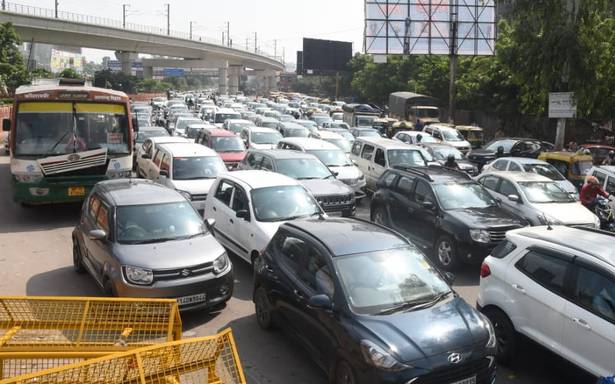 Protesters raised slogans against the BJP-led government at the Centre, accusing it of implementing ‘anti-farmer’ policies.

Farmers protesting the Centre’s three farm laws on Monday were seen demonstrating in many parts of Punjab and Haryana in response to the Samyukt Kisan Morcha’s call for a Bharat Bandh, disrupting movement of road and rail transport.

The Samyukt Kisan Morcha — an umbrella body of farmer unions — is spearheading the farmer’s ongoing protest against Centre’s farm laws.

In Chandigarh, the joint capital of Punjab and Haryana, however, shops were open in many markets. The vehicular traffic was also normal in the city.

Groups of farmers were seen sitting on railway tracks at few places, disrupting the rail traffic movement. Protesters raised slogans against the BJP-led government at the Centre, accusing it of implementing “anti-farmer” policies, and asked the government to immediately repeal the three controversial farm laws.