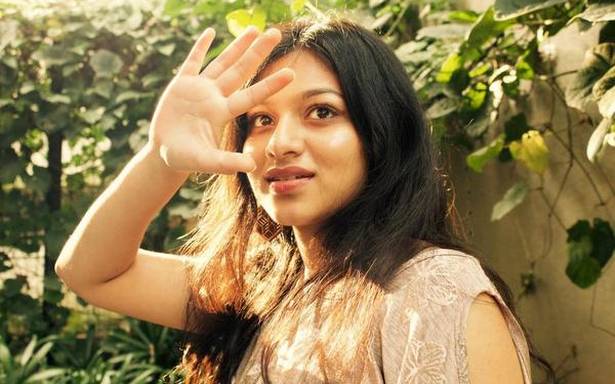 Shanker wrote a song about her mother, ‘Thank You Mum’, when she was 10. It fetched over 20,000 views within a fortnight. Tanya was elated. It was a small validation of the little girl’s talent. Four years later, she has released her first album — another significant step in her nascent career. Battlefield, released on November 14, is about the experiences and emotions that teenagers like her deal with. “The title is a metaphor for the mental chaos and conflicts,” she explains.

Tanya, understandably, is excited about releasing her début album. She started training when she was nine. “My parents were into music. So, I was inclined towards it. One of my early music teachers told me I could pursue a career in music. That is when I entertained the idea. It was crazy to see my single get 20,000 views,” she says.

Tanya now trains with her mentor-manager, Richard Andrew of Moksha Academy. “When I saw her five years ago, I felt she was talented but needed a lot of practice. She has improved a lot ever since. She is one of the few talents that gives me joy as a producer,” says Andrew.

Tanya has performed with several independent musicians, including Girish Pradhan and the Chronicles, Perfect Strangers, Carlton Braganza, and Ritwik Bhattacharya.