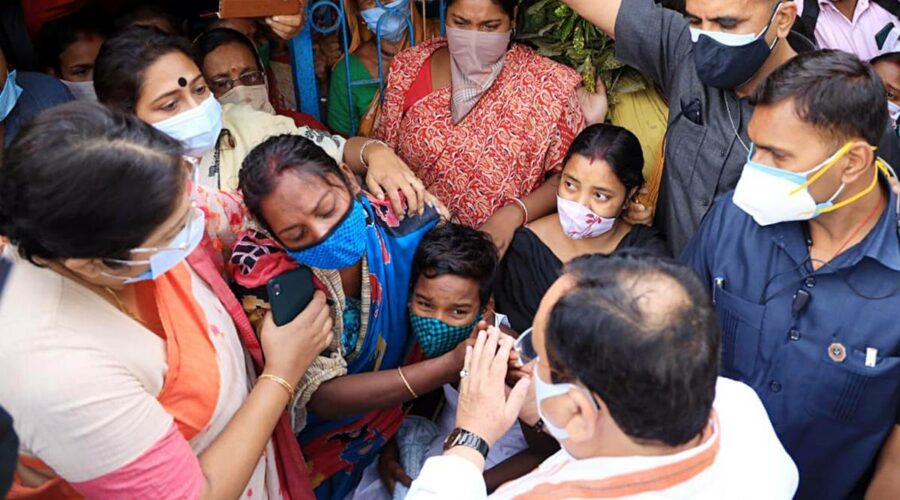 On Tuesday, both the Congress and the Left, too, alleged attacks on their cadres, accusing the Trinamool of practising "politics of violence" and blamed the BJP, too, for not being able to accept its defeat. 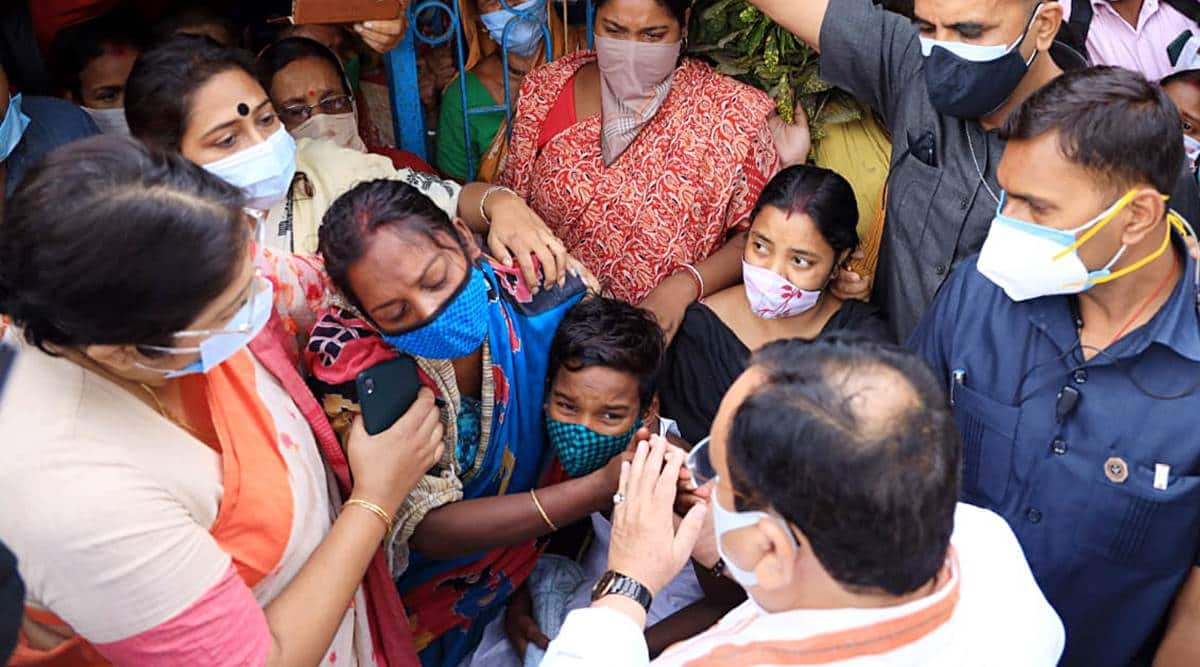 Calling upon Trinamool Congress chief Mamata Banerjee to play the role of the Chief Minister of the entire state and not just of her party, the BJP on Tuesday sought stringent moves to end the violence in West Bengal after a bitterly fought, highly polarised election campaign.

Sources said the central BJP leadership, worried that the violence could possibly force its cadre to switch ranks to the TMC, is trying to pull out all the stops — from Prime Minister Narendra Modi dialling West Bengal Governor Jagdeep Dhankar and expressing serious anguish to BJP president J P Nadda rushing to the state to meet families of workers killed and injured in the clashes. On Tuesday, the party also approached the Supreme Court seeking a CBI probe into the violence.

The BJP’s offensive against the TMC had support from the CPI(M) and the Congress, which condemned the attacks and accused the ruling party of “unleashing violence”. Although neither party has any presence in the new West Bengal Assembly, their lending weight to the campaign is significant given how Banerjee had talked of a united front against the BJP.

Calling the situation alarming and an attempt to “scare” party workers, BJP general secretary and West Bengal in-charge Kailash Vijayvargiya told The Indian Express, “What we are seeing in Bengal right now is unprecedented. I have never seen or heard of such violence on people. This is state-sponsored. Mamata Banerjee and the TMC should be graceful in their party’s victory.”

“This is just to scare those who voted for the BJP. TMC goons are asking BJP supporters how dare they supported us,” Vijayvargiya said, echoing the party’s apprehension that the “fear” would handicap the party again in a state where it had struggled to build up a cadre.

Vijayvargiya questioned Chief Minister Mamata Banerjee’s sincerity in calling herself the daughter of Bengal. “She called herself Bengal ki beti. Are these women, who have been assaulted on the roads by TMC goondas, not daughters of Bengal?”

The TMC, meanwhile, alleged that its workers, too, have been attacked, and that reports of violence are an exaggeration. Senior leader Derek O’ Brien asked on Twitter, “Why would someone who won a landslide victory start riots in their own state? They won’t. But the losing side might want you to think they would.”

A senior TMC leader said, “There is a huge amount of propaganda that is doing the rounds in the state, including fake videos and photographs. There is violence, yes, but it is being controlled. But the BJP wants to turn this into a communal situation. This is the same model they used in Delhi after they got defeated. Look at the demands for President’s rule. Thousands are dying due to Covid. They have just found something to distract the country with.”

On Tuesday, both the Congress and the Left, too, alleged attacks on their cadres, accusing the Trinamool of practising “politics of violence” and blamed the BJP, too, for not being able to accept its defeat.

“This has been the practice of the Trinamool…what we have been seeing for the last ten years….Pre-election violence, during election violence and post-electoral violence…In the last 10 years, we have lost 300-odd party members… False cases have been hoisted and people have been unable to go home for the last 10 years… this is the politics of terror and violence that has been the trademark of the TMC,” CPM general secretary Sitaram Yechury said.

Yechury’s CPI counterpart D Raja said, “Political violence has been happening there for quite some time. Both the BJP and the TMC must be held responsible for the continuing violence,” said Raja.

Asking both the TMC and the BJP to show restraint, Yechury said the BJP, unable to come to terms with the verdict of the people, will try to impose President’s Rule in the state. “Already some of their people have filed a case in the court…a PIL….”

Jitin Prasada, AICC in-charge of the state, said, “The post-poll violence that has been unleashed by the TMC on the Congress workers is unacceptable. Even women and children are not spared. I am sure the people of West Bengal did not vote for this lawlessness.”

Addressing a press conference, Congress spokesperson Shakti Singh Gohil said violence in unacceptable in a democracy and pointed out that Mamata Banerjee, who has won the elections, now has an added responsibility to control the situation. —Inputs from Dipankar Ghose

05/05/2021 India Comments Off on Bengal violence to scare our workers, says BJP; gets support from Congress, CPM
India