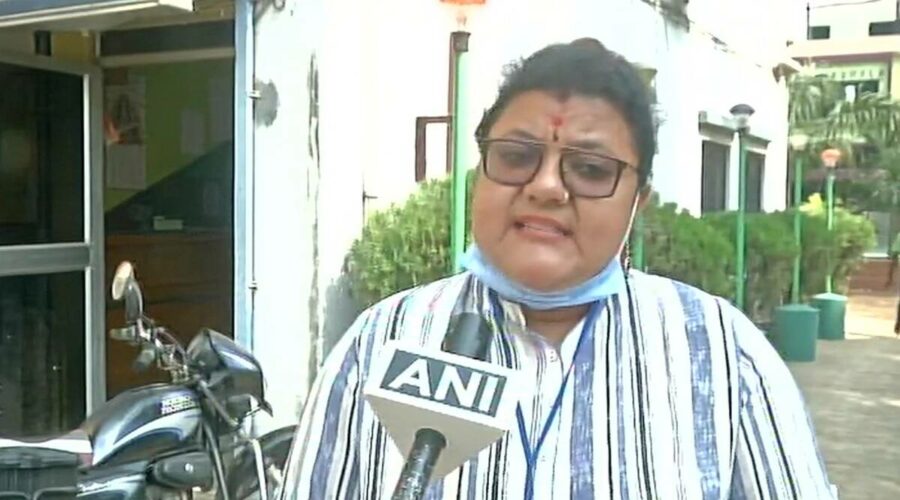 In a video released by the party on its official Twitter handle, Mondal, who is TMC's nominee in Arambagh, could be seen being escorted to safety by her security team as a group of men carrying lathis and stones approach her. The ruling Trinamool Congress (TMC) Tuesday accused the BJP workers of chasing and hurting party leader Sujata Mondal near a polling booth and urged the Election Commission to take cognisance of the issue.

In a video released by the party on its official Twitter handle, Mondal, who is TMC’s candidate in Arambagh, could be seen being escorted to safety by her security team as a group of men carrying lathis and stones approach her. The men are also seen throwing stones at Mondal in the video.

Mondal is the wife of BJP leader Saumitra Khan. She is fighting on a TMC ticket in Arambagh against BJP’s Madhusudhan Bag in the third phase of West Bengal election on Tuesday.

TMC MP Derek O’Brien wrote to the EC, asking it to apprehend the BJP “goons” and take action against the CRPF personnel for being silent spectator to the incident.

“You are called upon to apprehend the goons of BJP, ensure that no corrupt practices take place, ensure the safety of our workers/members, ensure that polls are conducted freely and fairly,” he added.

Chief Minister and TMC supremo Mamata Banerjee also spoke out against the incident. “They have inflicted serious injury on our Scheduled Caste candidate Sujata, when she visited a booth. They also hit another candidate in Khanakul. In Canning East, security forces prevented our nominee Shaukat Mollah from entering a booth. There had been numerous such instances of attack on our candidates, party workers across the state,” Mamata said while addressing a public meeting in Alipurduar.

The CM further claimed that she has received at least 100 complaints of assault and violence since morning, and the EC has been duly informed but to no avail.

Mamata and TMC have repeatedly accused the BJP of bringing “goons from UP and Bihar” to West Bengal to capture polling booths and have lodged several complaints with the EC. However, the poll body on Sunday called her complaint “factually incorrect” and claimed that her “narrative” construed “misdemeanor.”