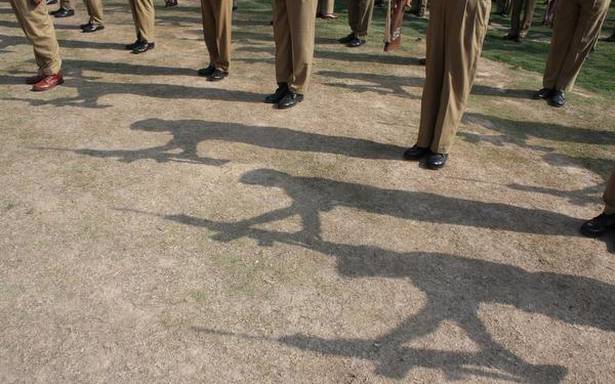 It will be tabled in House on Nov. 16

West Bengal government will bring a resolution in the State Assembly against the Centre’s move to increase the territorial jurisdiction of the Border Security Force. State’s Minister for Parliamentary Affairs Partha Chatterjee said that a resolution will be brought under Rule 185 of the procedures of conduct of business of the State Assembly.

“The resolution will be against the increase in territorial jurisdiction of the BSF from 15 to 50 km,” Mr. Chatterjee said. The resolution is likely to be brought in the House on November 16.

Our view is that law and order is a State’s subject and BSF’s responsibility is guarding border and such developments will lead to conflict between Centre and State, the Minister added. Considering the strength of the Trinamool Congress in the State Assembly, the resolution can be easily passed. The Trinamool has support of 217 MLAs in a 294-member house.

The BJP MLAs are likely to be present in the State Assembly and oppose the resolution. “The Trinamool opposes anything which is in the interest of national security,” BJP national vice president Dilip Ghosh said.

The Congress government in Punjab on Thursday passed a resolution in the State Assembly against the Centre’s notification to increase BSF jurisdiction. On Friday, three persons were killed in an operation by BSF to thwart cattle smuggling in West Bengal’s Cooch Behar district. The deaths had triggered a war of words between the Trinamool Congress and the BJP.

West Bengal shares a 2,216 km border with Bangladesh and is manned by three frontiers of the BSF. The south Bengal frontier which extends from Sunderbans in the South to Malda in the north is the most porous border with 40% of international border being riverine.

In the past, the Trinamool Congress government has passed resolutions against Citizenship Amendment Act and the three contentious farm laws passed by the Centre.