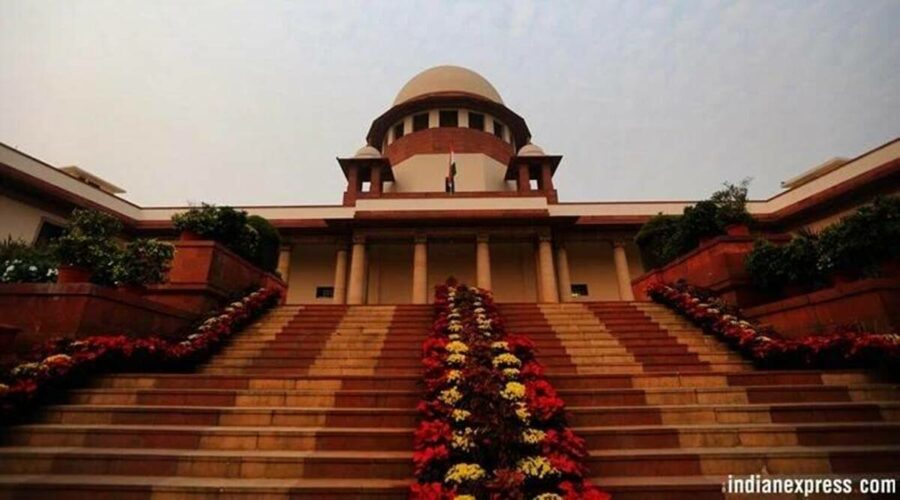 Justice Eswaraiah had moved the Supreme Court against a High Court order directing a probe into the phone conversation between him and a suspended trial court magistrate on the ground that it allegedly disclosed a “serious conspiracy” against the judiciary. The Supreme Court Monday said it cannot hold an inquiry as to what was there in the phone conversation between former Andhra Pradesh high court judge Justice V Eswaraiah and a suspended trial court magistrate with regard to various issues including alleged “Benami” transactions related to the Amaravati land scam case.

A bench of Justices Ashok Bhushan and R S Reddy also reserved its order on the plea of Justice Eswaraiah seeking a stay on the Andhra Pradesh high court order directing a probe into his conversation with suspended District Munsif Magistrate.

The high court had said that their phone conversation had allegedly disclosed a “serious conspiracy” against the judiciary.

“This court cannot hold an inquiry as to what is there in the transcript of the conversation and what is missed out. Let the HC take a call,” the bench said in the proceedings held through video conferencing.

Advocate Prashant Bhushan, appearing or former HC judge, said that the high court order needed to be stayed as allegations have been made without hearing the former judge.

Justice Eswaraiah had moved the Supreme Court against a High Court order directing a probe into the phone conversation between him and a suspended trial court magistrate on the ground that it allegedly disclosed a “serious conspiracy” against the judiciary.

In an affidavit filed in the top court, Justice (retd) Eswaraiah said he had sought information from a suspended judicial officer regarding the benami transactions in a phone conversation, which purportedly pertained to corruption allegations related to land deals in the state’s new capital region.

The affidavit was filed in pursuance to the apex court’s January 11 direction asking Justice (retd) Eswaraiah to clarify his stand with regard to his conversation with the suspended district munsif.

“The special leave petition has been filed against the August 13 order of the Andhra Pradesh High Court ordering an investigation into a private phone conversation between the petitioner and a suspended District Munsif Magistrate of Andhra Pradesh, by terming the contents of the conversation to disclose a “serious conspiracy” against the Chief Justice of the Andhra Pradesh, a senior sitting judge of the Supreme Court and thereby to destabilize the judiciary,” said the appeal filed through lawyer Prashant Bhushan.

The former judge said the high court’s order was made on the basis of an application for “reopening and intervention filed by the suspended District Munsif Magistrate (S Ramakrishna) in an unrelated PIL” pending there for seeking implementation of the COVID guidelines in the court building and premises.

The order for the enquiry into the conversation was made by the high court on the basis of the intervention and without even issuing notice to the former judge, the appeal said.

The plea sought a stay of the high court’s order for the enquiry on the ground that it was “unwarranted and illegal” and has been passed without a notice to Justice Eswaraiah and has caused “undue harassment” to him.

The high court, in its order, had requested former Supreme Court judge Justice R V Raveendran to inquire into the matter.

The plea said the former HC judge, in the phone conversation, had merely mentioned his knowledge about allegations of misconduct and terming such a conversation to be a kind of conspiracy.

The plea alleged that the transcript of the conversation, provided by Ramakrishna, was inaccurate and hence, misleading with respect to various aspects of the talk.