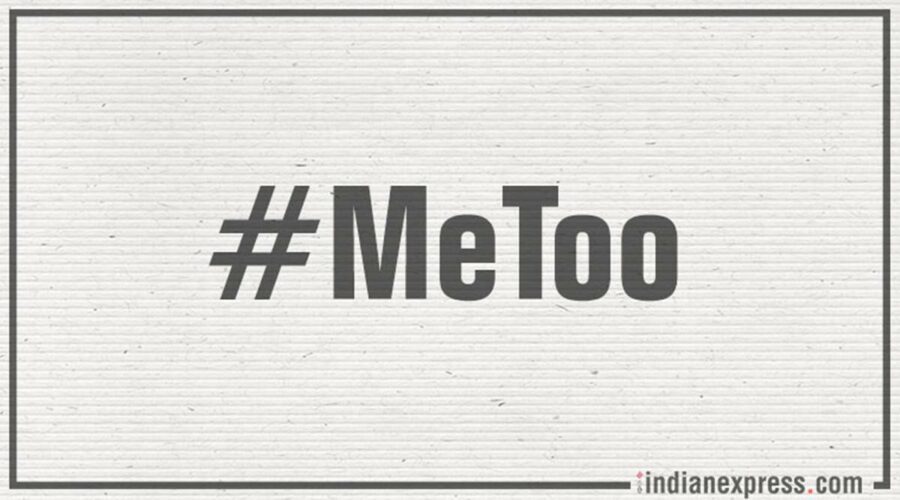 Eight years into a law on sexual harassment at the workplace, we are still miles away from a “survivor-centred” approach 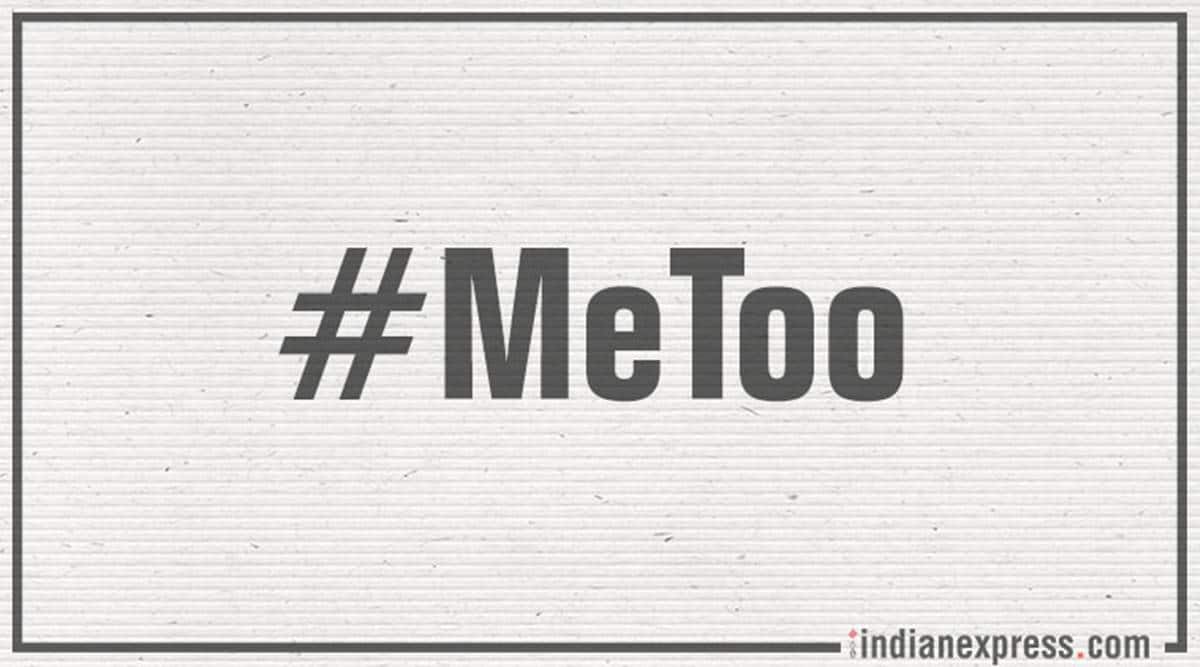 In February 2021, a trial court acquitted Priya Ramani in the criminal defamation case filed by her former boss and editor-turned-politician, MJ Akbar for accusing him of sexual harassment during the #MeToo movement in 2018. Depositions made in support of Akbar stated that Ramani’s testimonial caused “irreparable harm” to Akbar’s reputation whereas Ramani’s recounting of her experience of sexual harassment was labelled as “malicious” and “scandalous”. It is curious how, when a person comes forward with their experience of sexual harassment, the respondent and their supporters are quick to establish how skilled the accused was in the field of journalism, law, humanitarian aid, filmmaking etc. They may have been great professionals, but what is being scrutinised is unwelcome sexual behaviour, which left women feeling violated and unsafe, and the work culture that further intimidates the survivor through disbelief and lack of support. The court, in Ramani’s case, acknowledged the absence of adequate mechanisms under legal guidelines and legislation that would have equipped survivors to report harassment at the time of the alleged incident(s). Judge Ravindra Kumar Pandey made three significant observations in the judgment: a) “it cannot be ignored that most of the time, the offence of sexual harassment and sexual abuse [is] committed [behind] close doors or privately” b) “the woman cannot be punished for raising voice” as the “right of reputation cannot be protected at the cost of the right of life and dignity of a woman” and c) “the woman has a right to put her grievance at any platform of her choice, even after decades”. This historical judgment is indeed a turning point for survivors of sexual harassment.

It is evident that unless organisations across sectors take institutional responsibility for an attitudinal shift, workplaces will continue to be sexualised and toxic, survivors will continue to be silenced and perpetrators will go about their lives without consequence. To understand the scope of institutional accountability, it is important to trace the historical context of workplace harassment laws in India. In 1992, men from dominant castes gang raped Bhanwari Devi for preventing a child marriage in their family as part of her work. The apathy with which the law enforcement and district court treated the case led to widespread outrage, inspiring women’s groups to come together to file a PIL to assert women’s right to safety at work. In 1997, the Supreme Court, in its landmark judgment in Vishaka and ors. vs. State of Rajasthan, laid down guidelines affirming the fundamental right to equality, to life and the right against discrimination for working women. Emphasising the urgency for safeguards in the absence of a legislation, the judgment required workplaces and institutions to ensure the prevention of sexual harassment. The guidelines defined sexual harassment in the context of work, duties of the employer, and laid significant emphasis on preventive steps to be taken by employers through policy and disciplinary measures. It required employers to institute a Complaint Mechanism and a Complaints Committee, specifying criteria for the composition of such committee, reiterating the importance of its independence by having an external member, conversant with the issue of sexual harassment.

In October 2012, 15 years after the Vishaka guidelines were laid down, the Supreme Court of India in Medha Kotwal Lele and ors. Vs. Union of India recognised that “women still struggle to have their most basic rights protected at workplaces” and that the statutory law, The Protection of Women against Sexual Harassment at Workplace Bill, 2010, was still pending. The Medha Kotwal judgment accepted that a woman has reasonable grounds to believe that her objection would disadvantage her at work or create a hostile work environment. The Court expressly lamented that the attitude of neglect in establishing an effective and comprehensive mechanism in letter and spirit of the Vishaka guidelines by the States, as well as employers in public and private sector, defeated the purpose of the guidelines.

In April 2013, Parliament passed The Sexual Harassment of Women at Workplace (Prevention, Prohibition and Redressal) Act. The law included the circumstances surrounding sexual harassment where the survivor may be promised preferential treatment, threatened with deferential treatment and/ or loss of employment, or be subjected to humiliating treatment or a hostile work environment. Provisions under this law bring to light the complexity of the nature of workplace harassment, wherein the complainant knows the respondent and, in most cases, members of the Internal Committee. In some instances, there is a potential conflict of interest in the composition of the IC when there is a question of their impartiality. Yet, survivors rely on their employer to be fair and unprejudiced throughout the inquiry process and to protect them from any backlash.

The gruesome 2012 Delhi gang rape, became the turning point in Indian legal history, in the aftermath of which, amendments were made to the criminal law in 2013. These amendments brought under the ambit of the Indian Penal Code (IPC), normalised forms of violence like “sexual harassment” “stalking” and “voyeurism”, criminalising which is an important step in understanding the gravity of its impact on women. A significant amendment to the Indian Evidence Act of 1872, stated that for cases of sexual harassment (Section 354 of IPC) and rape (Section 376 of IPC) where the question of consent is an issue, “evidence of the character of the victim or of such person’s previous sexual experience with any person shall not be relevant on the issue of such consent or the quality of consent”. This amendment would necessitate a transformational change in how survivors are treated in court, emphasising the need to stop re-victimisation.

Despite these watershed moments in our legal history that demand a cultural shift in the treatment of survivors, they continue to fear for their physical safety, their job security and their mental health for rejecting an unwelcome sexual advance or reporting it. Evidence shows that due processes meant to protect survivors and help them access justice, leave survivors feeling betrayed. Shifting blame on the survivor or making veiled accusations during the inquiry process coerces them into silence and unjustifiably puts the burden of proof back on the victim. As Ramani expressed upon her acquittal in the defamation suit against her, that despite being a victim of sexual harassment, she had to stand in Court as the accused.

There is a bigger problem that the law, by itself, would not be able to address, that of impunity. As the Supreme Court in the Medha Kotwal judgment acknowledged, “Lip service, hollow statements and inert and inadequate laws with sloppy enforcement are not enough for true and genuine upliftment of our half most precious population – the women”.

It is critical for employers to make a serious attempt at understanding power relations among its employees, to raise sensitivity towards survivors, ensure a safe space to report and catalyse cultural change. If the perpetrator has impunity due to his power position, it leads to a structural disadvantage for the survivors, making their path to justice treacherous. If the respondent is a senior manager and you are a junior contractual employee, you would be at a disadvantage based on the organisational hierarchy. If you are from a low-income household, with limited resources and social capital, it will play a factor in how seriously your complaint is taken and how the organisation analyses risks to its reputation and financial health. The power relations, therefore, determine the degree of socio-economic risks involved for survivors when raising complaints or even objecting to unwelcome sexual advances.

A critical first step for employers is to formulate an anti-sexual harassment policy, encompassing measures to prevent and respond to sexual harassment. They must invest resources to generate awareness amongst employees about the forms of sexual harassment. In line with the 2013 law, there must be a complaints mechanism in place that ensures integrity and fairness in inquiry processes. It should have strong measures on whistleblower protection to enable survivors to share their experience(s) or for bystanders to provide witness testimonials. Employers should also help survivors to access essential services like psychosocial care and legal services, which calls for strong leadership and will. It is time to throw our weight behind survivors and support them to realise justice.

Wilson is a women’s rights activist and program officer with the Ending Violence Against Women and Girls unit of Oxfam Canada. Views expressed are personal

04/06/2021 India Comments Off on Believe her, support her: what India’s sexual harassment law needs
India