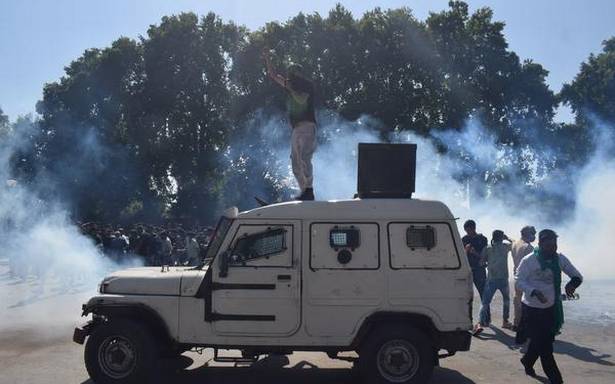 They were covering a Muharram procession in Srinagar on Tuesday.

Director General of Police (DGP) Dilbag Singh on Wednesday ordered an “immediate action” in the Tuesday incident of thrashing of journalists, who were covering a Muharram procession in Srinagar, by the policemen.

A police spokesman said Mr. Singh took a serious view of “the undesirable behaviour with some mediamen in Srinagar yesterday”.

“The Senior Superintendent of Police (SSP), Srinagar, directed to take immediate action against the erring police officer,” the spokesman said.

A police officer was caught on camera beating a photojournalist in Srinagar when Shias were pressing to organise a Muharram procession, which was disallowed by the security forces.

The police action evoked criticism from all the political parties in Jammu and Kashmir, including two former Chief Ministers Omar Abdullah and Mehbooba Mufti.

Meanwhile, the Kashmir Press Photographers Association, an organisation of photojournalists, while condemning the use of force by police, said, “The photojournalists were doing their professional duties. The police action is unjustified and uncalled for.”