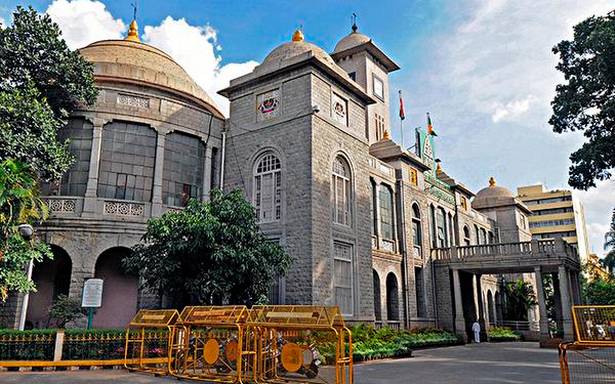 They are likely to be pushed to next year

Though the State Election Commission (SEC) is keen on holding elections to the BBMP, the legal and political tangle over it may push elections to next year, sources said. They added that the ruling Bharatiya Janata Party (BJP) was not keen on holding polls in the near future.

B. Basavaraaju, State Election Commissioner, said that though the commission was legally fighting the case to conduct civic polls in Bengaluru at the earliest, things have been delayed as the case is now before the Supreme Court.

Hearing a petition filed by the SEC, the High Court of Karnataka had, in December 2020, directed the conduct of polls to 198 wards within six weeks. However, the State government formed a joint legislature committee that recommended the expansion of BBMP to 243 wards.

The government passed the BBMP Act, 2020, which provides for 243 wards in the civic body in February this year, following which the State challenged the High Court order in the Supreme Court, arguing that elections have to be held to 243 wards.

Even the delimitation of 243 wards is not yet complete. The committee formed for the purpose in October 2020 has met only twice till date. A senior official who is part of the delimitation committee said the joint legislature committee had recommended the inclusion of villages within a 1 km radius of the existing BBMP boundary, in case these villages are sufficiently urbanised. “This process of including new villages is what is taking time,” the official said, refusing to put a deadline for the process.

“The State government is neither letting us hold elections to the existing 198 wards nor completing the delimitation exercise for 243 wards and submitting it to us, thus delaying the polls,” Mr. Basavaraaju said.

The party will hold its first meeting on civic polls in the city on Monday. The meeting, chaired by State BJP president Nalin Kumar Kateel, will see all prominent party leaders of the city participate, sources said. “At present, we are planning for BBMP elections by March-April 2022,” said a senior party office-bearer from Bengaluru.

A senior party leader overseeing polls to the three aforementioned city corporations said, “Given the COVID-19 restrictions, we are not happy with civic polls being held in the three North Karnataka cities either. We are not even being allowed to hold rallies, which is no way to hold polls. The BBMP elections will see nearly one crore voters exercise their franchise, which is not advisable given the situation we are seeing in Kerala and Maharashtra.”