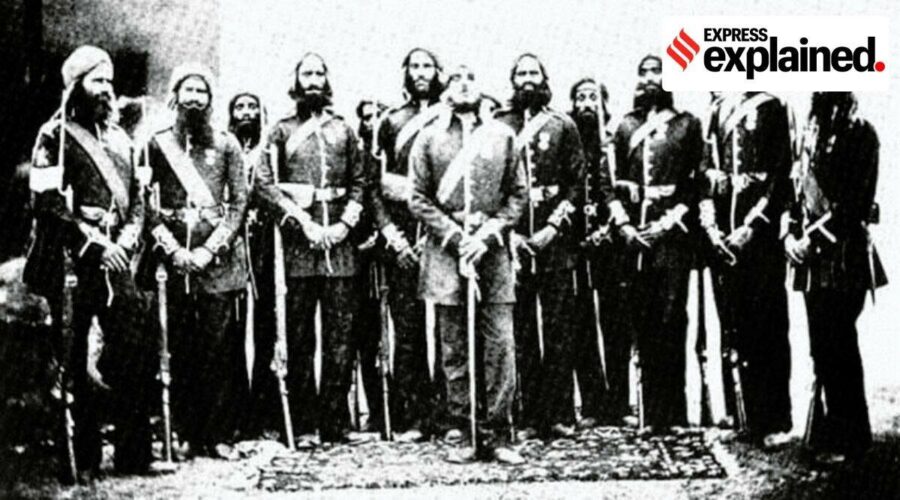 Why is it considered one of the finest last stands in the military history of the world? Manraj Grewal Sharma explains. 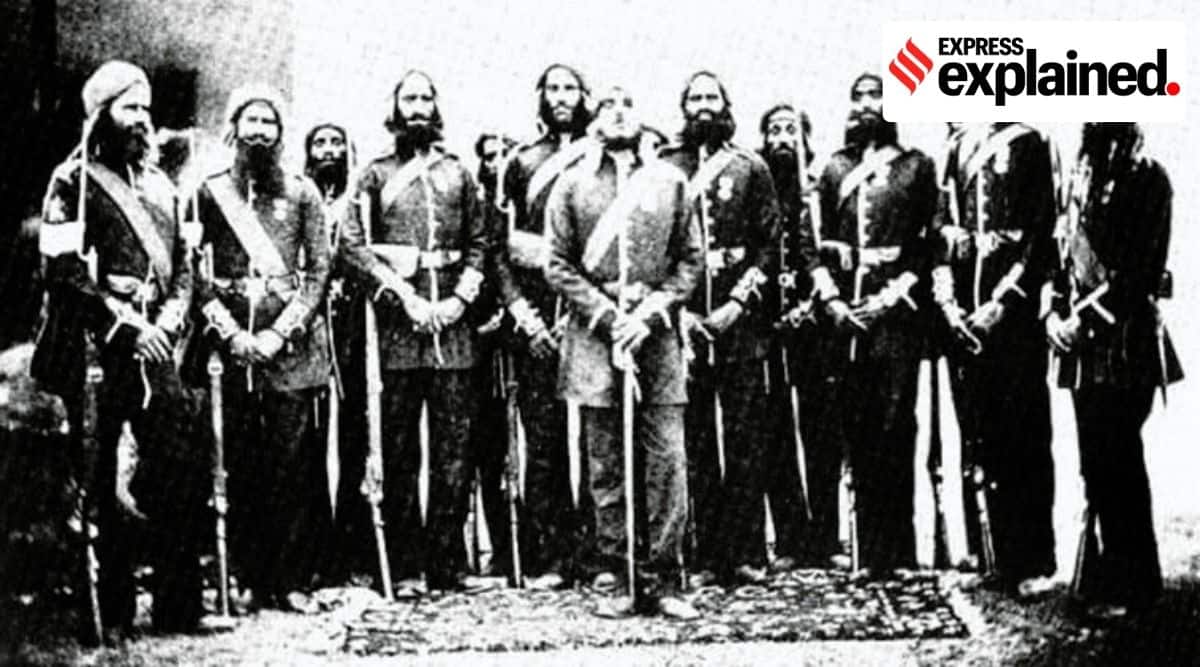 September 12 marks the 124th anniversary of the Battle of Saragarhi that has inspired a host of armies, books and films, both at home and abroad. What makes this battle unique? Why is it considered one of the finest last stands in the military history of the world? Manraj Grewal Sharma explains.

What is the Battle of Saragarhi?

The Battle of Saragarhi is considered one of the finest last stands in the military history of the world. Twenty-one soldiers were pitted against over 8,000 Afridi and Orakzai tribals but they managed to hold the fort for seven hours. Though heavily outnumbered, the soldiers of 36th Sikhs (now 4 Sikh), led by Havildar Ishar Singh, fought till their last breath, killing 200 tribals and injuring 600.

In his book ‘The 36th Sikhs in the Tirah Campaign 1897-98 – Saragarhi and the defence of the Samana forts’, Punjab Chief Minister and military historian Capt Amarinder Singh writes that at the very outset of the battle, these soldiers knew they were looking at certain death but they did not flinch. “They could have surrendered, yet they didn’t and displayed unparalleled bravery.”

What was Saragarhi, and why was it important?

Saragarhi was the communication tower between Fort Lockhart and Fort Gulistan. The two forts in the rugged North West Frontier Province (NWFP), now in Pakistan. were built by Maharaja Ranjit Singh but renamed by the British. Though Saragarhi was usually manned by a platoon of 40 soldiers, on that fateful day, it was being held by only 21 soldiers from 36th Sikh (now 4 Sikh) and a non-combatant called Daad, a Pashtun who did odd jobs for the troops.

Saragarhi helped to link up the two important forts which housed a large number of British troops in the rugged terrain of NWFP.

Fort Lockhart was also home to families of British officers. The wife of the commanding officer of 36th Sikh, Lt Col John Haughton, was at the fort till May 1897 when she went home to deliver a baby.

What transpired on that day?

Around 9 am that day, the sentry at Saragarhi saw a thick haze of dust and soon realised that it was caused by a large army of tribals marching towards the fort. He estimated their number between 8,000 and 15,000.

The tribals wanted to isolate the two forts by cutting off the lines of communication between them.

Unfortunately, the Pathans had cut the supply route between Fort Lockhart and Saragarhi. Houghton radioed back, “Unable to breakthrough, hold position”. Sepoy Gurmukh Singh conveyed this message to platoon commander Havildar Ishar Singh. Fully aware of the consequences, the braveheart responded with a stoic, “Understood.”

Capt Amarinder says, “The soldiers at Saragarhi knew it was their last day, yet they didn’t flinch.”

Besides being outnumbered, what were the other challenges they faced?

Capt Jay Singh-Sohal, a British officer whose film ‘Saragarhi: The True Story’ is based on first-hand accounts of the battle, says, “The soldiers were not only outnumbered, they also had limited ammunition with around 400 rounds per man, one reason why Lt Col Haughton, urged them to use their fire-power carefully. “

The signalman Sepoy Gurmukh Singh was also short of hands. Sohal says the heliograph communication system, which uses sunlight and mirrors to flash messages via the Morse code, was usually operated by three men. While one sent the messages, the others would read the incoming message through binoculars, and the third would pen them down. On that day, Gurmukh was doing all three.

Who was Havildar Ishar Singh who led the troops?

Havildar Ishar Singh was born in a village near Jagraon. He joined the Punjab Frontier Force in his late teens after which he spent most of his time on various battlefields. Soon after it was raised in 1887, Ishar was drafted into the 36th Sikhs.

He was in his early 40s when he was given independent command of the Saragarhi post. He was married but the couple had no children.

Ishar Singh was quite a maverick who dared to disobey his superiors but he was loved by his men for whom he was always ready to go out on a limb.

Writing about him, Amarinder says: “While he will always be remembered for his gallant conduct at Saragarhi, within the regiment they will also rue the loss of their best illicit liquor producer, and a man who ‘borrowed’ meat on hoof for his men, when short of rations, from a neighbouring unit without asking them.”

Maj Gen James Lunt, a British military historian, wrote, “Ishar Singh was a somewhat turbulent character whose independent nature had brought him more than once into conflict with his military superiors. Thus Ishar Singh—in camp, a nuisance, in the field magnificent.”

Gurinderpal Singh Josan, chairman of the Saragarhi Foundation, who traced the families of the 21 soldiers, says despite receiving a huge tract of land, Ishar’s family fell on hard times after his death. His wife was killed by his brother who was then sent to Kala Pani (Andaman and Nicobar).

Naik Gurmukh Singh, the signaler, was the youngest and Naik Lal Singh, 47, the oldest of the 22 men at Saragarhi. Describing the last hour of the battle in his book, Capt Amarinder Singh writes: “Naik Lal Singh, though severely injured, was lying on his bed. Although unable to move, he was conscious and able to fire his weapon, and is reported to have kept up a steady fire, killing more pathans, as did Gurmukh Singh and Sep/Swpr Daad.”

Gurmukh continued to report the battle as it unfolded. And then finding the soldiers falling one by one, sent one final message: “Permission to join the battle, Sir.” The response in the affirmative came almost immediately.

Daad was the 22nd man, the non-combatant, in Saragarhi. In his book, Capt Amarinder called him the 22nd soldier. Sweeper Daad was from Nowshera, Pakistan. He was denied any honour though he also fought bravely, killing five men before being stabbed to death.

How was the news of the battle received in Britain?

Making a departure from the tradition of not giving gallantry medals posthumously, Queen Victoria awarded the 21 dead soldiers — leaving out the non-combatant — of the 36th Sikh the Indian Order of Merit (comparable with the Victoria Cross) along with two ‘marabas’ (50 acres) and Rs 500 each.

How are the slain soldiers remembered?

In 2017, the Punjab government decided to observe Saragarhi Day on September 12 as a holiday.

Even today the Khyber Scouts regiment of the Pakistani army mounts a guard and salutes the Saragarhi memorial close to Fort Lockhart.

The British, who regained control over the fort after a few days, used burnt bricks of Saragarhi to build an obelisk for the martyrs. They also commissioned gurdwaras at Amritsar and Ferozepur in their honour. Now Shiromani Gurudwara Parbandhak Committee has named a hall after Saragarhi. Actor Akshay Kumar’s film Kesari was based loosely on the battle.

09/12/2021 India Comments Off on Battle of Saragarhi explained: When 21 men fought thousands
India