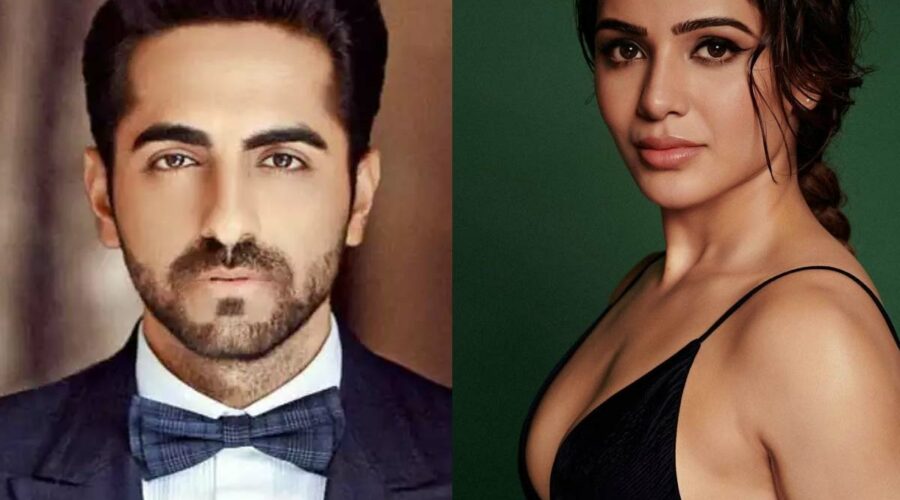 South diva Samantha Ruth Prabhu made her Hindi web series debut in The Family Man season 2. Since then, speculations are rife about Samantha’s big feature debut in Hindi cinema.  According to the latest buzz in the film industry Samantha Ruth Prabhu will make her Bollywood debut opposite Ayushmann Khurrana. The film, combining humor and suspense, will be produced by Dinesh Vijan under the banner of  Maddock Films, Peeping Moon. The upcoming  yet to be titled project is expected to go on the floor by the end of this year after the lead actors Samantha and Ayushmann wrap up their present commitments.

The sources say that Samantha will essay the central character in the film alongside Ayushmann Khurrana as the parallel lead.  Samantha has a crazy role and  the actress liked the narration as per the news. But she is yet to sign the film.

It is also being heard that Samantha Ruth Prabhu  is also in negotiations for a film that Taapsee Pannu will produce.

Apart from these projects, Samantha will also be seen in the Indian version of ‘Citadel’, which is being directed by Raj and DK. Sam will work with Varun Dhawan in this web series.

Samantha will also be seen in Shaakuntalam and Yashoda.