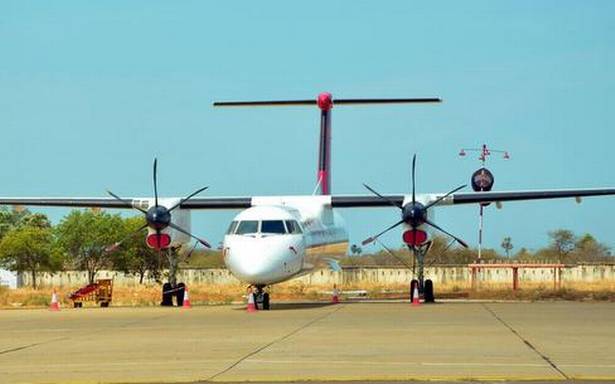 To avoid plane crash during the night hours, the Tuticorin Airport will be installing solar powered aviation obstruction lights at the peak of Vallanadu hills.

As Vallanadu hills fell in the path meant for the take-off and approach of aircraft operating out of Tuticorin Airport, the Airport Authority of India (AAI) had sought the permission from the standing committee of the National Board for Wildlife (NBWL).

In its proposal, the AAI stated that it was not safe for operation of aircraft during the hours from sunset to sunrise. As the proposed area of 0.01 hectare fell within Vallanadu Blackbuck Sanctuary, the proposal was submitted to Chief Wildlife Warden and the State Board for Wildlife. Both recommended the proposal and forwarded it to NBWL.

The project proponent clearly stated that there would be no destruction, exploitation or removal of any wildlife including forest produce from the Vallanadu Blackbuck sanctuary in the proposed area for diversion for installation of the aviation obstruction lights.

Also, as per the guidelines of Directorate General of Civil Aviation, lighting of obstacles was intended to reduce hazards to aircraft by indicating the presence of the obstacles and high intensity obstacle lights should be used to indicate the presence of an object if its height above level of the surrounding grounds exceeds 150 m. Hence, Vallandu Hills, with a peak of 314 metre, must be installed with an obstacle light for identification by aircraft during night operations. The obstacle light would be solar powered with surroundings protected by chain link fencing.

After discussions, the NBWL Standing Committee recommended the proposal subject to conditions imposed by the Chief Wildlife Warden. In effect, the AAI would obtain all other statuary clearances, submit an impact mitigation and wildlife conservation plan of Vallanadu Blackbuck Sanctuary and any other condition stipulated by the concerned Chief Conservator of Forests / District Forest Officer.

Also, the AAI should not cause any disturbance to the wildlife during the project implementation and submit an annual compliance certificate to the chief wildlife warden.

Tuticorin Airport sources said the forest clearance at all levels had taken over three and half years and the work on installation of the obstruction lights would begin within a fortnight.

(With inputs from P. Sudhakar)