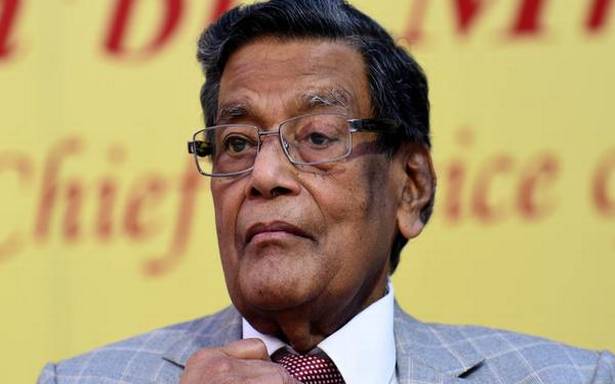 Attorney General of India K.K. Venugopal has refused consent to a request made by Tamil Nadu parliamentarian Dr. T. Thirumaavalavan to permit him to initiate contempt proceedings in the Supreme Court against the controversial Pegasus software creator, NSO Group, the Israel-based company’s directors, Union Home Secretary Ajay Bhalla and his predecessor Rajiv Gauba.

The MP had in his letter to Mr. Venugopal said that the company and the top Indian bureaucrats should face contempt proceedings in the background of reports that a Supreme Court judge, now retired, and apex court officials were placed under surveillance through the Pegasus software.

But the top law officer refused to agree, saying the Pegasus snooping controversy was already before the apex court. A Bench led by Chief Justice of India N.V. Ramana is hearing a batch of petitions, including one by senior journalist N. Ram, for an independent and high-level probe into reports that the Centre mounted “military-grade surveillance” using Pegasus on citizens, including ministers, parliamentarians, activists, journalists, dissenters, etc.

“The question whether the Government of India has used Pegasus software and if so against whom is a matter which is being debated and is currently sub judice before the Supreme Court.. In the absence of such determination having been made, it would be inappropriate for me to grant consent for the initiation of proceedings for criminal contempt under Section 15 of the Contempt of Court Act of 1971… I accordingly decline to grant consent under Section 25 of the Act,” Mr. Venugopal replied to the parliamentarian.