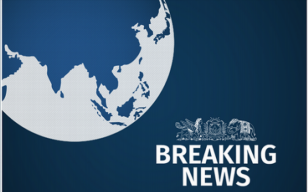 The fire broke out at SVS Aqua Technologies, which manufactures chlorine dioxide

At least 12 workers, mostly women, were killed and five others missing after a major fire broke out at a chemical firm in an industrial area in Pune district on Monday afternoon, fire department officials said.

According to the officials, the fire broke out at SVS Aqua Technologies, which manufactures chlorine dioxide and is located in the Pirangut MIDC area of Mulshi tehsil on the outskirts of Pune city.

"According to company officials, 17 workers were missing when the blaze started at around 4 pm.

"So far, we have recovered 12 charred bodies, mostly of women, from the spot and a search for others is on," said Devendra Potphode, Chief Fire Officer, PMRDA ((Pune Metropolitan Region Development Authority), Fire Services.

He said six to seven fire tenders were rushed to the chemical unit, where flames were doused but the search is underway for the missing workers.

Asked about the possible cause of the blaze, Mr Potphode said as per the company officials, the fire started during packing of plastic materials in the premises.

"Due to some spark at the (packaging) section, the fire broke out and as there was plastic around, it spread rapidly," said Mr Potphode.

Chlorine dioxide is a chemical compound which has a variety of antimicrobial uses, including the disinfection of drinking water.