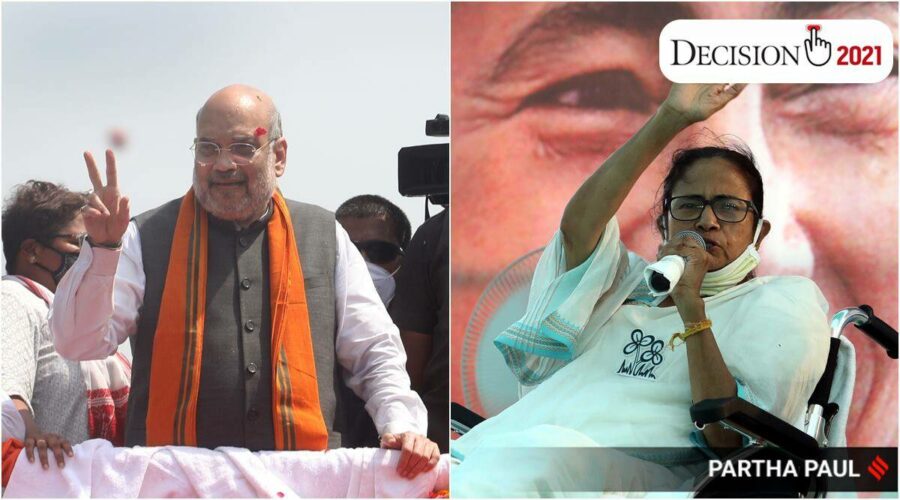 The high-profile Nandigram constituency, where Chief Minister Mamata Banerjee is pitted against her one time loyalist-turned-rival Suvendu Adhikari of BJP, will vote in the second phase on April 1. 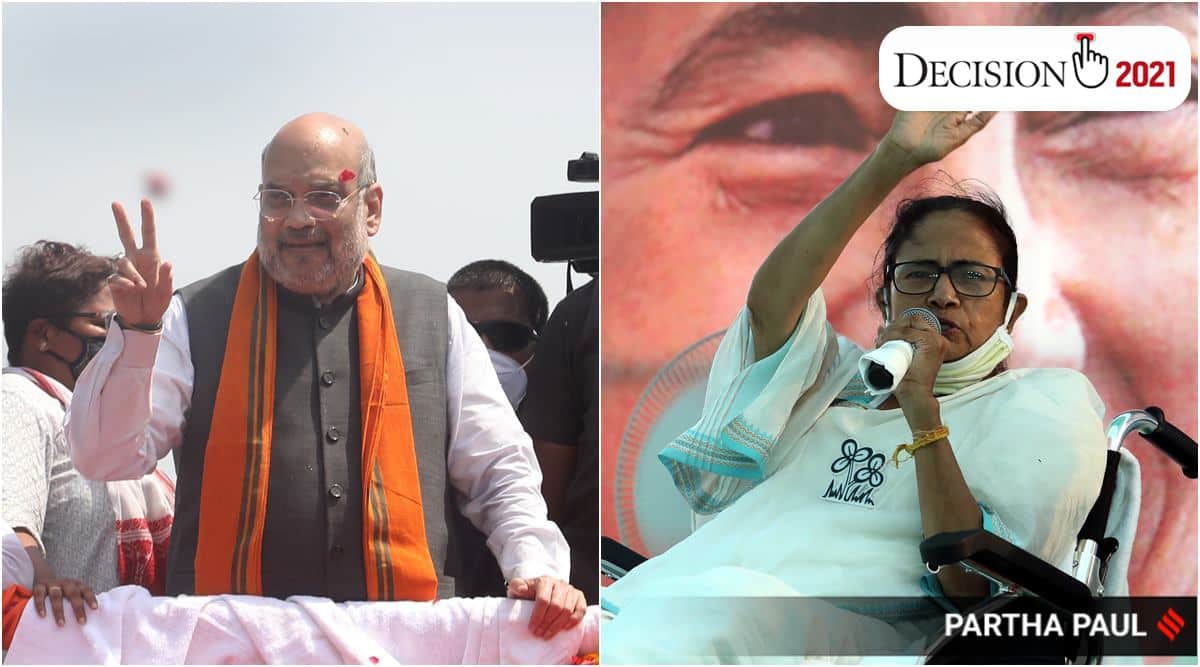 With the high-octane campaigning for the second phase of Assembly elections ending today, a total of 69 seats spread across West Bengal and Assam will go to polls on April 1. All the booths where polling will be held in the second phase have been declared as “sensitive”, PTI quoted the Election Commission as saying.

The high-profile Nandigram constituency, where Chief Minister Mamata Banerjee is pitted against her one time loyalist-turned-rival Suvendu Adhikari of BJP, will vote in the second phase. Top leaders from the ruling Trinamool Congress and its main challenger the BJP Tuesday led aggressive campaigns on the last day of campaigning in Nandigram.

In Bengal, the second phase of voting will take place in 30 constituencies spread across four districts. Many high-profile seats, including Nandigram in Purba Medinipur, will go to polls in this phase. In the second phase, 171 candidates will be contesting on 30 seats and a total of 75,94,549 voters will exercise their franchise. The Election Commission, which is overseeing the security in the state through central armed forces, has deployed 651 companies of Central Armed Police for held in Bankura (Part II), Purba Medinipur (Part II), Paschim Medinipur (Part II) and South 24 Parganas (Part I) areas.

A total 199 companies of CAPF will be deployed in Purba Medinipur, 210 companies in Paschim Medinipur, 170 in South 24 Parganas and 72 in Bankura, PTI reported.

On Tuesday, CM Mamata held a public rally in Sonachura before leading a colourful road show from Bhangabera. Mamata alleged that police forces from BJP-ruled states have been brought in to “terrorise” voters in Nandigram.

“They (police forces from outside) will be here only for a few days. Make no mistake, we will be back and give the betrayers a befitting reply,” she said, making an alleged reference to Adhikari by using the word “betrayer”.

However, Mamata said she was confident of a massive win from the seat and also about leading her party to a third straight term in power. She said the Election Commission is being apprised of the alleged acts of impropriety by police personnel from outside.

Mamata, who has chosen to contest from Nandigram instead of from her home seat Bhowanipore in the city, has been campaigning aggressively despite being bound to a wheelchair following her injury which she had sustained while campaigning.

The CM also urged the people to vote peacefully and be alert against “any bid to incite communal riots”. “They (the BJP) have plans to kill their own people and pass it off as our handiwork to engineer riots. We have the information. Be on guard,” she said.

“Nandigram stood united in the battle against forcible land acquisition in which people from all communities participated. Be on guard against any bid to fuel tension by keeping any object in places of worship. We are all united. Defeat the riot mongers,” she added.

Banerjee further alleged that cash was also being distributed from vehicles of the security forces to bribe voters and accused BJP of crossing all norms to come to power in the state.

“This is the money of PM Cares Fund, this is unaccounted cash amassed during demonetisation, this is the cash having swelled their coffers after sale of PSUs.

“This is the public money they had looted and now giving in Rs 500/1000 to each voter. We had informed the Election Commission about this but it still continues unabated,” she said.

Mamata’s nephew and TMC MP Abhishek Banerjee was also by her side at the rally. “Bangla wants her own daughter (Mamata). So vote fo her,” he urged the voters.

In a last poll pitch attempt, Union Home Minister Amit Shah held roadshows with actor-turned-politician Mithun Chakraborty in support of Suvendu Adhikari in Nandigram. Exuding confidence that Adhikari will win the election from Nandigram, Shah said defeating Mamata was “absolutely necessary” to bring about the much-desired change in Bengal.

“By defeating Mamata didi in Nandigram, you can bring about the much-desired change in West Bengal. You defeat her here, The TMC will automatically get defeated in other parts of the state,” he said.

Bringing up the issue of women’s safety in the state, Shah said, “She talks big about women’s safety. What is the situation here? A woman was raped here, just a few kilometers away from where she has put up in Nandigram.”

In Assam, the second phase of state elections will decide the fate of 345 candidates in 39 seats.

BJP national president J P Nadda took charge of the party’s campaigning in Assam on Tuesday. Alleging that the Congress is suffering from “mental bankruptcy”, Nadda said the grand old party has aligned with political parties on religious lines be it in Kerala, West Bengal or Assam.

“At the same time it has entered into alliances with the Left parties in Bengal and Assam but in Kerala, it is fighting against them. This exposes the party’s mental bankruptcy”, he said at a poll rally.

Nadda said on the one hand Congress is dividing the society on different issues, Prime Minister Narendra Modi is working hard to work for the people based on his “Sabka saath, sabka vikash aur sabka vishwas” philosophy.

He also accused the Congress of supporting forces that had conspired to bring out a toolkit to defame tea and Yoga before the world and “if tea, which is Assam’s pride, is defamed, then the state is insulted and we will not allow it”.

“The Congress remains quiet when Assam tea is defamed but on the other hand, it sings praises of Badruddin Ajmal whom Rahul Gandhi describes as Assam’s identity,” he added.

Meanwhile, Congress leader Rahul Gandhi maintained his attack on the Centre’s Citizenship (Amendment) Act, calling it an “attack” on the language, history and culture of Assam, and promised that his party would not allow it to be implemented in the state if voted to power in the ongoing Assembly polls.

Gandhi was supposed to hold a rally in the state but could not reach there due to bad weather. In a video message posted on Twitter, Gandhi said, “We guarantee to provide employment to five lakh youth and Rs 365 minimum wage to tea garden workers. We also guarantee 200 free units of electricity to each family and Rs 2,000 every month to every housewife in Assam.”