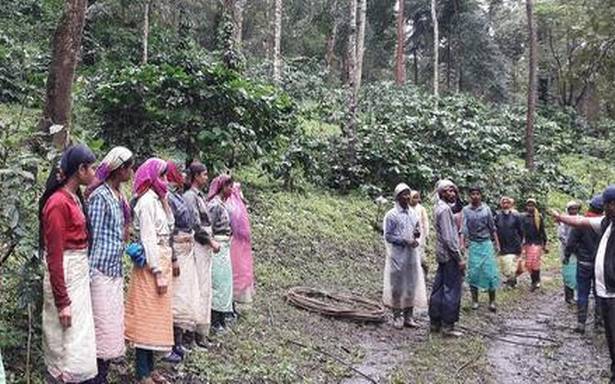 Workers from the north-east have not returned, affecting seasonal work ahead of the rainy days

Hundreds of plantation workers in Karnataka, who went to Assam to vote in the Assembly elections held in March-April this year, have not returned, affecting the seasonal work ahead of the rainy days.

Restrictions on public transport as part of the lockdown over the COVID-19 pandemic has not allowed them to travel, though they wish to come back.

Thousands of people from Assam and other neighbouring States in north-east India work in coffee estates of Hassan, Chikkamagaluru and Kodagu districts. They stay in the quarters provided by the planters and visit their native places once a year. Whenever elections are held, they take a break from work and travel to exercise their franchise.

Mahesh C.S., former president of Hassan District Planters’ Association, says many planters had not been able to complete tree pruning and plant pruning, mandatory seasonal work ahead of the rains. “Normally, we finish this work before June and keep the ground prepared with medicinal spray and manure. All these works have remained undone,” he said. Planters are forced to depend on local workers, who demand higher wages and work for fewer hours than the Assam workers do, he added. The wages for tree pruning, a skilled job, is around ₹700 to ₹800 a day. For other works, a worker gets around ₹300 to ₹350 in normal circumstances.

B.S. Jairam, former president of Karnataka Growers Federation, who has an estate in Mudigere Ttluk, is worried that the present situation could affect the production of coffee later this year. “The planters are already facing too many problems due to the pandemic. The payments are stuck due to restrictions on shipment and many have not recovered from the loss suffered in the floods in previous years. Only those who could retain workers in their quarters with sufficient supply of ration have completed the seasonal work”, he said.

Over the years local workers hardly stay in estate quarters. They reside in their villages and commute to estates daily by vehicles. But now they cannot do so as there are restrictions on vehicular movement “The police do not allow ferrying workers to estates. Only those settled in the nearby areas reach to the estates by walk and work,” he said.

Besides the people from Assam, many from the north Karnataka districts also work in the estates. They also return to their native places during March-April. This year they too could not return. Prasad Raxidi, a planter at Raxidi in Sakleshpur taluk, said the local workers were getting work and also good pay these days. “Only those who have returned from bigger cities after losing their jobs in the lockdown are not getting jobs that suit them,” he said.