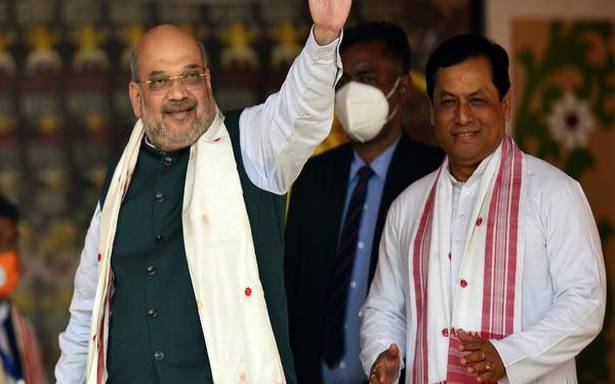 Assam Chief Minister Sarbananda Sonowal said the 10-party Mahajot or grand alliance betrayed signs of frustration by packing some of its candidates off to Rajasthan, citing possible horse-trading by the Bharatiya Janata Party (BJP).

He was reacting to the All India United Democratic Front (AIUDF) and Congress flying out at least 20 of their candidates to Jaipur in a chartered flight on Friday. The Congress and AIUDF are constituents of the Mahajot.

“It is certain that the BJP-led alliance will form the government in Assam again. This (shifting of candidates out of Assam) is a ploy of the Opposition alliance to create confusion and stay visible after being rejected by the people,” Mr. Sonowal said.

He exuded confidence about the BJP and its allies crossing the majority mark in the 126-member Assam Assembly.

The results are scheduled to be declared on May 2. The overall turnout for the three-phase elections in Assam was 82.04%.