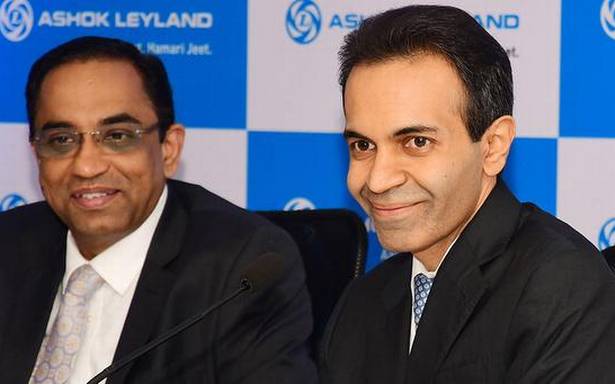 Project Phoenix to be launched next year; denies talks with Tesla for making electric vehicles

With an eye on strengthening its presence in the light commercial vehicle (LCV) space, Ashok Leyland Ltd., (ALL), the flagship company of the Hinduja Group, is planning a foray into the 5 to 7.5 tonne LCV category under a project codenamed Phoenix.

“We will be launching products under ‘Project Phoenix’ by next year,” said Gopal Mahadevan, chief financial officer, ALL. “Project Phoenix would fill the gap in the 5 to 7.5-tonnes category and help us grow our business better,” he added.

“The LCV business is very crucial for us to explore new markets in Africa and southeast Asian countries. The LCV is a big market in most countries. We were, however, restricted since we had only the right-hand drive, LCV Dost,” he said. Under ‘Project Phoenix,’ he said, multi-variant products would be launched. The initial set of products are expected to be launched next year, he said.

The Dost falls in the 2-3 tonne category. Vehicles under Phoenix would be in 5-7.5 tonnes category.

Dheeraj Hinduja, chairman, ALL, said that ‘Phoenix’ would be placed above the newly-launched Tata Intra. Intra would compete with Dost as they are in same tonnage. To a question, he asserted that ALL would not enter the one-tonne segment currently addressed by Tata Ace.

ALL has drawn up a ₹2,000-crore capital expenditure programme for the next two years. It would be investing ₹1,000 crore this fiscal and a similar amount next year.

“The money will be used for the new LCV project, the modular programme and towards BS VI implementation,” Mr. Hinduja said.

Quizzed if the Hinduja Group was keen on acquiring Jet Airways, Mr. Hinduja merely said that the group was evaluating opportunities in that sector. It was premature to add anything beyond this, he added.

He denied that ALL was in talks with Tesla for manufacturing electric vehicles.

On domestic sales volumes for the fourth quarter, Mr. Mahadevan said the truck and bus segment posted a marginal growth of 1% against industry de-growth of 4% for the corresponding period.

“For the current year, we expect Q1 to be slower. Q2 and Q3 will be very strong. There will be some level of tapering in Q4 due to BS VI,” he said.