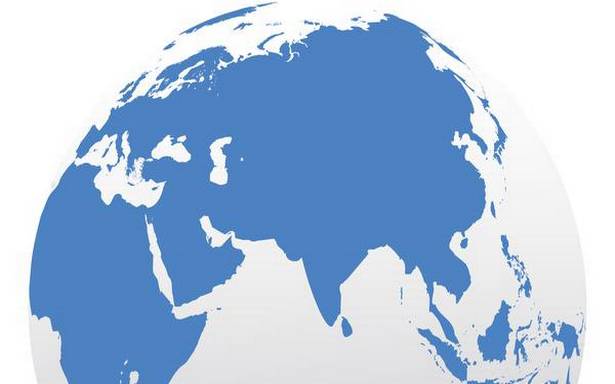 To begin with, there is the challenge that the situation in Afghanistan has thrown up, triggered by the U.S. decision to pull out all troops.

Four months after the Taliban takeover of Kabul, it is clear that New Delhi has failed to effect outcomes in a country where it has had a role historically, and is now left studying the threats that will emanate from Afghanistan — from terror groups, narcotics, and mass migration to flee the growing humanitarian crisis there. Three failures mark the Narendra Modi government’s efforts on Afghanistan thus far: the past, the present and the future.

The first is a failure to recognise where U.S. policy was leading, especially after it signed the Doha Agreement of February 2020, that made the Taliban a legitimate interlocutor, and did not impose a ceasefire with the Afghan security forces as a pre-condition. That the Government continued to insist that it was “on the same page” with the U.S. merely ensured it was blindsided when the U.S., in conjunction with its Troika Plus-mates (Russia, China and Pakistan), paved the way for the fall of the Afghan republic.

The second is one that New Delhi persists in today: the failure to secure its friends in Afghanistan. A stubborn resistance to allowing Afghans needing shelter — this includes students, artists and women activists, Afghan National Defense and Security Forces (ANDSF) and National Directorate of Security (NDS) officials who are in particular danger because they trained in India, and members of Afghan minorities that are not Sikh or Hindu (Hazaras, Tajiks, Ahmadis and Shi’as) — has left thousands of Afghans feeling betrayed by a country they once considered “second home”. The cancellation of all visas that had been granted prior to August has only strengthened the belief that the Government has closed its doors to the very Afghan “brothers and sisters” in Afghanistan, Prime Minister Narendra Modi reportedly promised to stand by during a Cabinet Committee on Security (CCS) meeting on August 17.

The third, is a failure to sow the seeds today for a better future for Afghanistan tomorrow, one which has a strong Indian presence in it. Among all the Afghan friends New Delhi has chosen to shun are members of opposition groups, including the “Resistance Front” led by Ahmad Massoud and former Vice-President Amrullah Saleh. The wariness to meet, support or host those who pose a counter to the Taliban regime today — even to provide a platform for them to speak — is in sharp contrast to the 1990s when New Delhi kept up its contacts with the Northern Alliance, supported their families in India, and admitted thousands of other Afghan refugees, an act that held it in good stead for two decades, after the Taliban was defeated in 2001. The Modi government’s moves thus far, building furtive links with the Taliban, with plans to send a small amount of food and aid through Pakistan (not its independently built route via Chabahar), and convening a conference of National Security Advisers of Central Asian countries, while proactive, will hardly fulfil that purpose in the future. Above all, India cannot be seen as toeing a line laid out by “western powers” that have themselves been defeated in the country on whether or not to re-establish its presence in Kabul or rebuild connectivity initiatives. Nor can it be seen as complicit in actions by the Russia-China combine that have protected the Taliban in Kabul and the Tatmadaw in Naypyitaw to subvert two of the world’s newest democracies.

The Government’s reticence in acknowledging the Chinese actions is no longer seen as being “discretion over valour”. It is seen, particularly in the region, as deliberate diffidence on India’s part, particularly given the brutal killing of 20 Indian soldiers at Galwan last year.

Editorial | For an honest broker: On Russia and India-China ties

More surprising is the oft-repeated official statement that despite dozens of rounds of military and ministerial talks, the Government is unaware of the reasons for the Chinese action, which is disingenuous or exposes a lack of strategic thinking.

Those who have analysed the situation more closely have pointed to five decided objectives behind China’s aggression at the LAC: apart from the obvious hegemonistic line Beijing has adopted to “reclaim” territory it claims it has lost over hundreds of years from the South China Sea to Tibet, the PLA plan is: to restrict India’s recent efforts at building border infrastructure, bridges, and roads right up to the LAC; to restrict any possible perceived threat to Xinjiang and Tibet; to restrict India’s ability to threaten China’s key Belt and Road project, the China-Pakistan Economic Corridor (CPEC), including a second link highway it plans from the Mustagh pass in occupied Gilgit-Baltistan to Pakistan, and to blunt any plans as outlined by the Home Minister in 2019 for India to reclaim Aksai Chin and Pakistan-occupied Kashmir (PoK) militarily.

Impact of some bad moves

In the face of such a clear-cut strategy, New Delhi must not only counter China more vocally and robustly but also be seen to provide leadership to the region that outpowers Beijing’s influence.

The first is to resolve not to make spaces for China in the manner that the Modi government has during the coronavirus pandemic. By failing to keep its promises to provide vaccines, even those that had been paid for by countries such as Bangladesh and Nepal, and to send the paltry number required by Bhutan and the Maldives, India has left an indelible scar in the region.

Second, India cannot cast itself as a counter to China by invoking its democratic system unless it is prepared to adhere to the very principles the Indian Republic’s founders committed to: as a pluralistic, representative, inclusive power that respects the rights of each citizen, the media, and civil society. While neighbours may not emulate India, they admire these very qualities that differentiate New Delhi from Beijing.

The third imperative, which would promote India’s leadership in the region, is to stop seeing collaborations with other countries for projects in South Asia as a “win-win”. In fact, recent surveys by think tanks Carnegie and the Centre for Social and Economic Progress have found that while India is a preferred strategic partner for most of the countries in the neighbourhood (with the obvious exception of Pakistan), possible Indian collaborations with the U.S., Japan, Europe, etc. are not as popular, especially as they are seen as “anti-China” rival platforms, which these countries would want to avoid. These partnerships also hamper India’s ability to stand up for its neighbours when required, as some in Dhaka had hoped it might, when the U.S. chose to slap sanctions on Bangladesh’s multi-agency anti-terror Rapid Action Battalion (RAB) force right as the nation’s 50th anniversary celebrations began.

As a result, New Delhi must block all external attempts to recast India as a “middle power”, one which looks to the example of others to decide its best interests and needs the support of other powers to chart its course of action in its neighbourhood. More than anything else, India’s response to neighbourhood challenges must not paint it as a “victim of circumstance” but as an arbiter of its own destiny, and the region’s.

12/23/2021 India Comments Off on As a regional leader, not a victim of circumstance
India