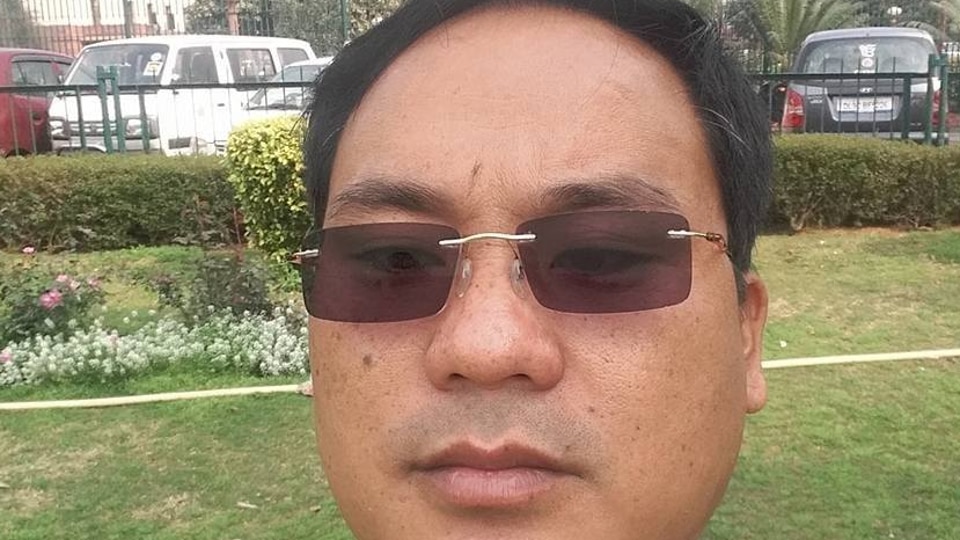 At least 11 persons, including the sitting National People’s Party legislator from Khonsa West in Tirap district of Arunachal Pradesh, were killed in an attack by militants on Tuesday.

According to police, the incident took place around 11:30 am at Bogapani, nearly 25 km from district headquarters Khonsa in south-eastern Arunachal Pradesh when the convoy of MLA Tirong Aboh was attacked.

The deceased MLA was also the NPP candidate for the Khonsa West assembly seat. Polling for 60 assembly seats along with the two Lok Sabha seats in the state took place on April 11.

“We still don’t have all the details of the incident. It took place around 11:30 am at Bogapani. Senior officers are at the spot,” said an official at the Tiral police superintendent’s office.

Several family members of Aboh, including his son, are also believed to have been killed in the attack.

In March, a group of NSCN cadres belonging to the Isak-Muivah faction of the outfit had attacked two NPP supporters in Tirap district. One of them died while the other was critically injured.

“The NPP is extremely shocked and saddened by the news of the death of its MLA Shri Tirong Aboh and his family,” NPP president and Meghalaya Chief Minister Conrad Sangma tweeted.

Forty two year old Aboh had contested and won from Khonsa West in 2014 on a People’s Party of Arunachal (PPA) ticket. In July last year, he, along with six other PPA legislators, switched sides to the NPP.

“Extremely shocked by unfortunate incident of killing of Khonsa MLA Tirong Aboh along with several others by insurgents. Action will be initiated to hunt down the perpetrators,” Arunachal Pradesh Chief Minister Pema Khandu tweeted.

Member of Parliament from Arunachal Pradesh and Minister of State for Home Affairs Kiren Rijiju said “strongest action” would be taken against the perpetrators of such an act.

“I’m shocked and saddened by the brutal attack and tragic killing of MLA Shri Tirong Aboh of Arunachal Pradesh, his family including 11 people. Strongest possible action will be taken against those responsible for such dastardly attack,” he tweeted.

05/21/2019 India Comments Off on Arunachal Pradesh MLA, seven of his family members gunned down by NSCN militants
India