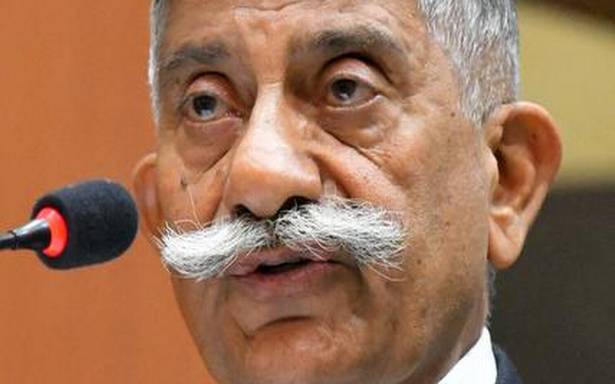 The party also questioned Law and Justice Minister Kiren Rijiju’s silence on intrusion by the Chinese in the State.

The Congress in Arunachal Pradesh has slammed State Governor B.D. Mishra for stating that India lost the war against China in 1962 because of weak leadership at the Centre.

The party said the comment was in line with the Narendra Modi Government’s tendency of blaming all the ills of the country on former Prime Minister Jawaharlal Nehru.

At a Sainik Sammelan in the State’s Changlang district on November 20, the Governor said: “India would not have faced reverses against China in the 1962 war if the country back then had a strong leadership.”

“The mindless remark from the head of a State is uncalled for and condemnable. The Governor’s responsibility is to regulate the affairs of the State peacefully and not to feed misinformation,” Arunachal Pradesh Congress vice-president Mina Toko said.

She said the Governor, who should ideally be apolitical, was now playing the role of the Bharatiya Janata Party spokesperson. “He has also undermined and disrespected those who sacrificed their life defending the country in the 1962 war,” she added.

Mr. Rijiju had on November 21 said Congress leader Rahul Gandhi was ignorant about border security and responding to his questions on China’s infractions would undermine national security.

“He never speaks on the intrusions by the People’s Liberation Army. Why is the Law Minister silent on China establishing a village of 110 houses in the Upper Subansiri district and enclave constructed in the Shi-Yomi district? His silence on such grave matter is dangerous for the State and the nation,” Ms. Toko said.

The Congress said border security in Arunachal Pradesh had been at stake ever since Mr. Rijiju became a Lok Sabha member.