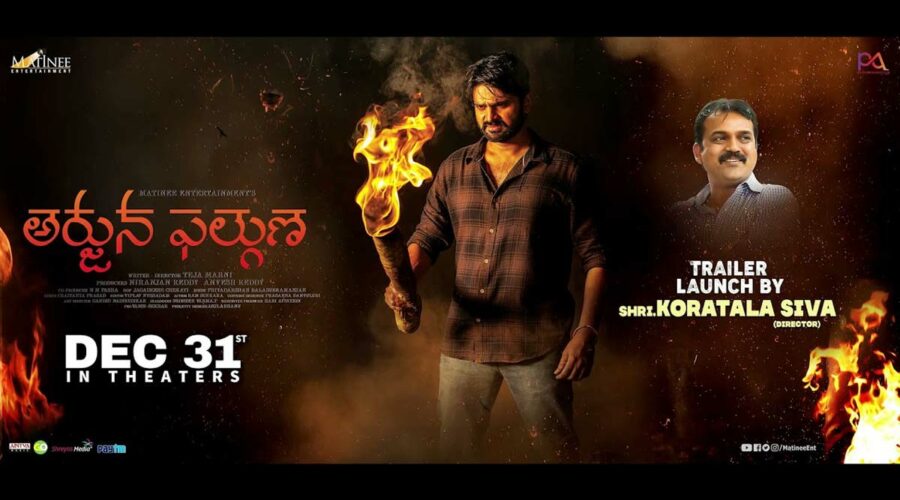 Sree Vishnu  is currently busy in his upcoming comedy caper titled Arjuna Phalguna.   The shoot of the film has been wrapped up and it is gearing up for the grand release on 31st December. Today the makers of  Arjuna Phalguna  took to Twitter to launch the trailer  that starts  on a funny note with police enquiring about Sree Vishnu and friends in a lodge where they stayed.

After Completion of the study, Sree Vishnu who is a big fan of Jr NTR decides to take  six months break and spends time with his besties. He and his friends lead lives with care-free attitude.

Amritha Aiyer is a Village Volunteer, is playing the love interest of Sree Vishnu.  After an unexpected incident, the Police officer Subbaraju and a rowdy batch are after him and his friends.  The  trailer looks interesting and the visuals are beautiful. Priyadarshan Balasubramanian’s background score is one of the major assets.

Produced by  Niranjan Reddy and Anvesh Reddy, Priyadarshan Balasubramanian is the music director and the film has the cinematographed by Jagadeesh Cheekati. Viplav Nyshadam is handling the  editing departmnet whereas  P Sudeer Varma has written the dialogues. Chaitanya Prasad provides the lyrics with Gandhi Nadikudikar  is taking care of the art direction team.