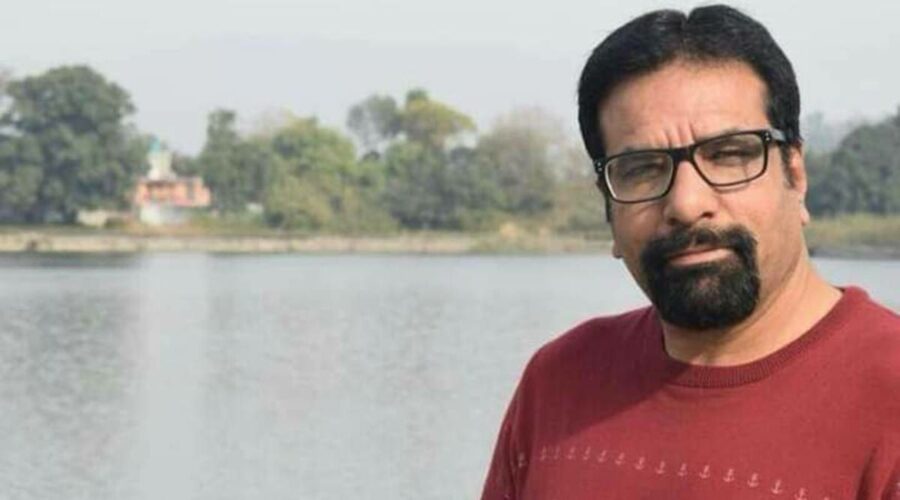 Police said three unidentified terrorists opened fire at Pandita, killing him on the spot. The injured woman was the daughter of a friend whom he had gone to visit. “He succumbed to injuries whereas the woman is seriously wounded," a police statement said. A BJP councillor was shot dead and a woman injured in an attack by militants on Wednesday night in South Kashmir’s Tral.

Rakesh Pandita, who was the chairman of the Tral Municipal Committee, stayed at a government accommodation under security in Srinagar due to militant threat, and had been assigned two Personal Security Officers (PSOs). Police said Pandita had left his security officials behind on his visit to Tral, a militant stronghold and his hometown.

Police said three unidentified terrorists opened fire at Pandita, killing him on the spot. The injured woman was the daughter of a friend whom he had gone to visit. “He succumbed to injuries whereas the woman is seriously wounded,” a police statement said.

It is the third killing of a councillor in Kashmir this year. On March 30, militants had stormed the office of the Sopore Municipal Council and killed two councillors, also belonging to the BJP, and a policeman.

The police, Army and paramilitary forces have cordoned off the area and are searching for the attackers.

The BJP said the killed councillor, a Kashmiri Pandit, was the party’s district secretary for Tral. “It was a barbaric attack. Killing unarmed people is no bravery and police must track down the culprits and punish them,” party spokesperson Altaf Thakur said, adding, “Such attacks won’t stop BJP leaders from serving the people.”

Condemning the attack, Lt General Manoj Sinha tweeted, “Terrorists will never succeed in their nefarious designs, and those responsible for such heinous acts shall be brought to justice.”

Other parties too condemned the killing. “These senseless acts of violence have brought only misery to J&K,” former Chief Minister and PDP president Mehbooba Mufti posted, offering her condolences to Pandita’s family.

People’s Conference leader Sajad Lone tweeted: “This gun is a curse. Just ponder. Since the day this menace came into Kashmir. What have we seen. In a nut shell total disempowerment of the Kashmiri. Dear gunmen. Can u please go back where u came from. We have had enough.”

Elections for municipal councillors had been held in October 2018, immediately after J&K was put under then Governor’s rule. The two major mainstream political parties, the National Conference and PDP, had boycotted the polls.

06/03/2021 India Comments Off on Another BJP councillor shot in Valley, was without PSOs
India