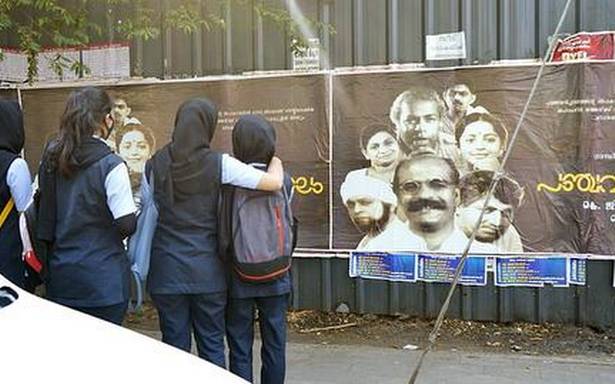 The Palarivattom flyover, found damaged soon after it was commissioned and was subsequently rebuilt, is finding repeated mention as electioneering to the State Assembly polls is catching up.

As a video of the speech made in Thrikkakara went viral, original posters of K.G. George’s iconic satire, Panchavadippalam appeared in several parts of Ernakulam, reminding people of the plight of a bridge in the film and the similar fate faced by the Palarivattom flyover. The posters do not carry any political messaging, but there is discussion on the similarity, citing the Kerala High Court’s reference to the Palarivattom flyover as ‘Panchavadippalam’.

Palarivattom falls within the Thrikkakara Assembly constituency. After the flyover built during the UDF government was found to have developed cracks, the Left government proposed to rebuild it after extensive consultations. But the contractors opposed it, and the issue went into litigation following which the flyover was rebuilt and reopened to traffic in record time early this month.