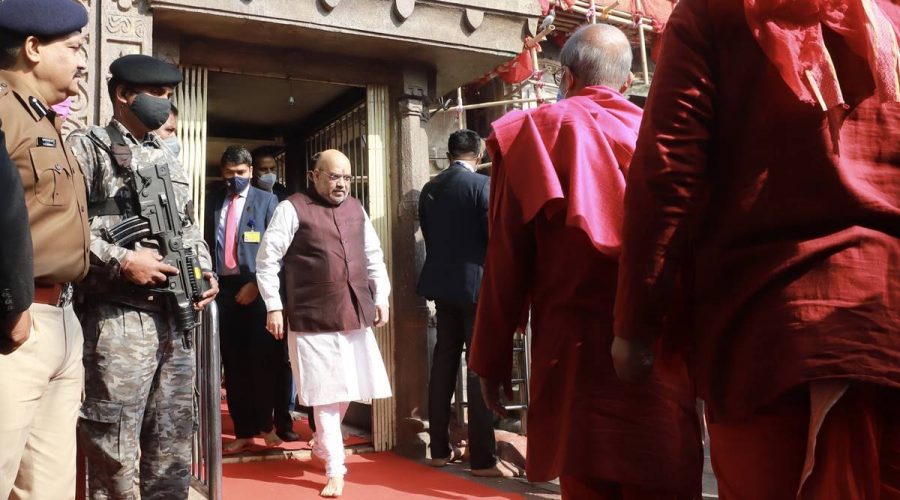 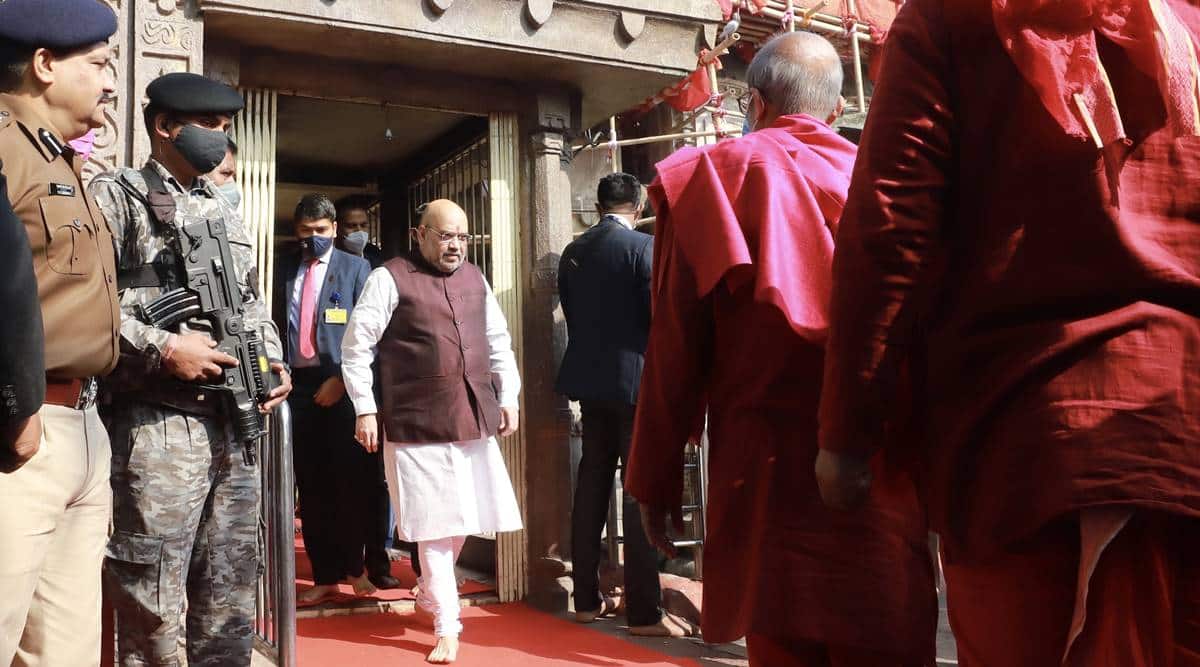 Union Home Minister Amit Shah on Sunday offered prayers at Shaktipeeth Kamakhya temple atop the Nilachal Hills here, on the last day of his three-day visit to the northeast, before leaving for Manipur, where he is scheduled to inaugurate projects, a senior official said.

Shah arrived at the temple from the PWD Inspection Bungalow at Amingaon here around 10 am, accompanied by Chief Minister Sarbananda Sonowal and Health Minister Himanta Biswa Sarma, the official said.

The home minister, however, entered the sanctum sanctorum of the temple with just three ‘Dolois’ or priests, as Sonowal and Sarma waited near its gate.

He also undertook a ‘parikrama’ (circumambulation) around the shrine, the senior official added.

The top BJP leader, who landed here on Friday night, launched four development projects the day after at an official function. He met expelled Congress MLAs Ajanta Neog and Rajdeep Goala, following which the two confirmed that they would be joining the saffron party.

Shah is set to lay foundation stones of seven major projects in Manipur, including a medical college at Churachandpur, later in the day. He will also inaugurate the Thoubal Dam and dedicate the Bishnupur-Tupul-Thoubal-Kasom Khullen Road to the public.