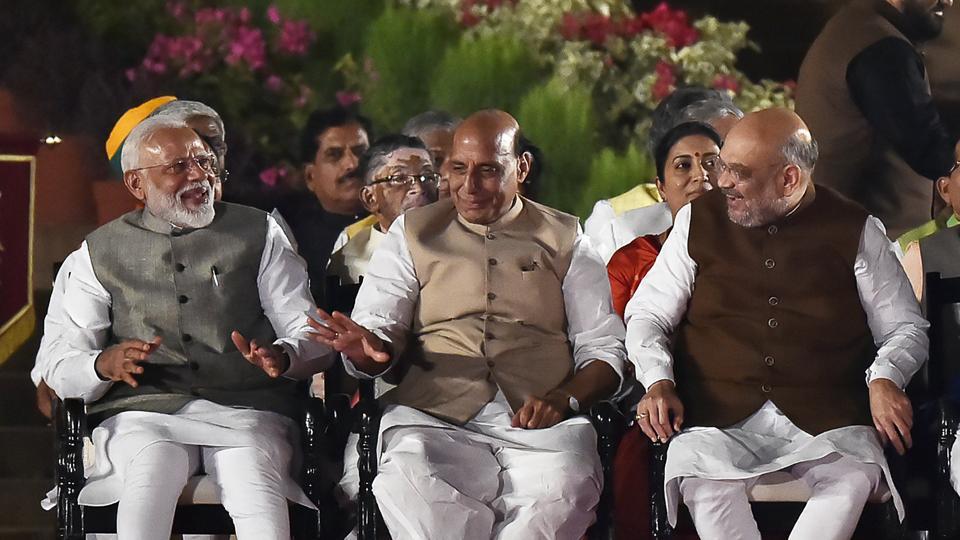 S Jaishankar, widely acknowledged as the surprise entry in this team, has been given the Foreign Ministry. The retired career diplomat was part of a troika with Modi and National Security Adviser Ajit Doval that shaped foreign policy in the early years of the previous Modi government.

Nitin Gadkari has retained the road transport ministry, Piyush Goyal, the railways minister in the outgoing government has also been given the commerce ministry and Smriti Irani who had made a mark in the Lok Sabha elections by defeating Rahul Gandhi in the Congress bastion of Amethi has been given Women and Child Development.

Ramesh Pokhriyal Nishank has been appointed the education minister and Prakash Javdekar, the minister for Information and Broadcasting.

President Ram Nath Kovind had last evening sworn in PM Modi and his 57-member council of ministers. In a tweet soon after, PM Modi had described his new team “a blend of youthful energy and administrative experience”.

PM Modi has made sure that the team hits the ground running. The 25-member Union Cabinet will hold its first meeting at 5.30 pm.

Well before his first term ended, PM Modi – who was confident of his re-election – had ordered central ministries to start working on 100-day action plans that they will implement besides a 1,000-day agenda that will run up to the first half of 2022.