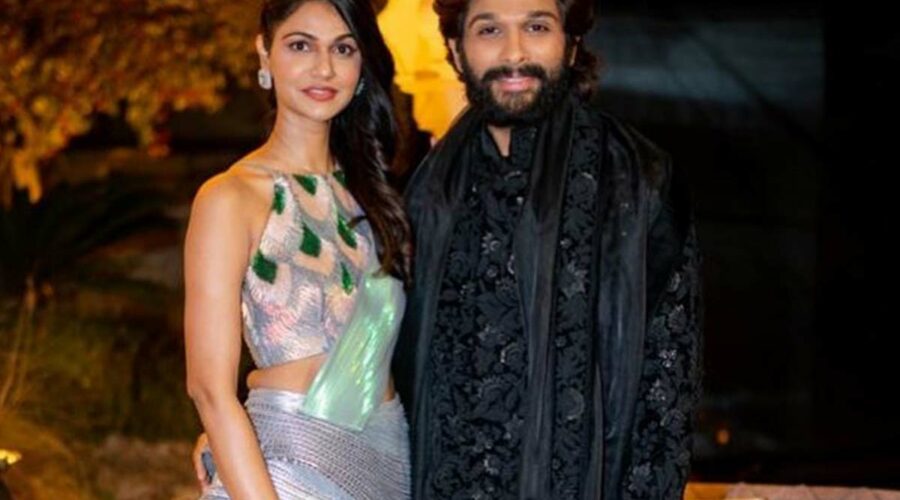 Icon Star Allu Arjun is one of the leading actors in  Indian film Industry. His popularity knows no bounds and the world is in awe of his impeccable dancing skills. Allu Sneha, the wife of Icon star Allu Arjun is an active user of social media sites and she used to share the pics of her husband and kids Allu Arha and Allu Ayaan.

Now according to the latest update,  Allu Sneha has established a record on Instagram as she has garnered 4 million followers. Allu Sneha is only the actor’s spouse to do so. Her photographs and Instagram stories are proof enough that she can run the world in her own way.

Allu Arjun’ wife Sneha is the daughter of businessman KC Shekhar Reddy and Kavita Reddy.  The couple got married on 6th March 2011.  On the occasion of the wedding, Sneha wore a gold and orange Kanjeevaram saree whereas Icon Star wore a white sherwani.  They became parents for the first time in  the year 2014. They named their son Allu Ayaan. Two years later,  they welcomed a baby girl Allu Arha, which made their family complete.

On the work front, Allu Arjun will be seen playing the lead role in upcoming film Pushpa 1, which is being directed by Sukumar.