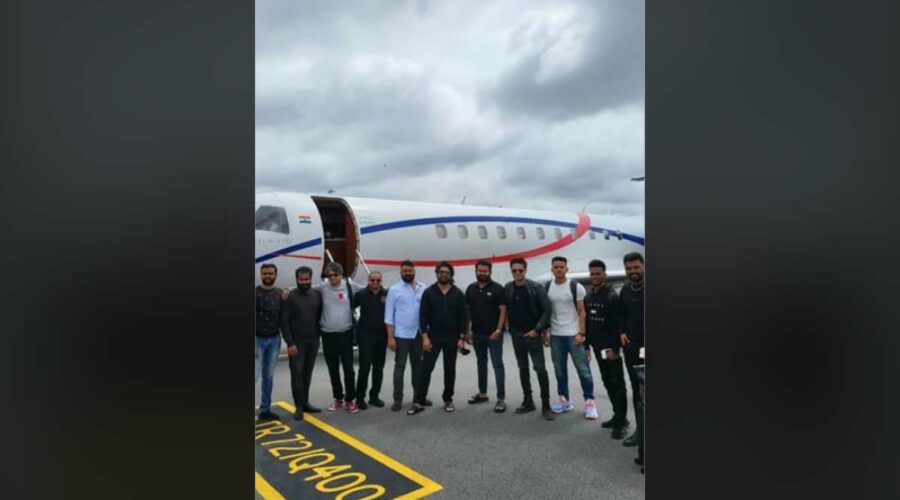 Two years ago, Stylish Star  Allu Arjun announced a new film ICON, under the direction of Venu Sriram. The film got delayed initially and the latest reports confirm us that it has been shelved.  But later Bunny confirmed that he would do the film, right after the release of the first part of Pushpa.  Dil Raju had also clarified that the movie was very much in the cards and it would go on the floors shortly.   Recently, Allu Arjun and the team took off on a private jet to an undisclosed location and a photo of them posing in front of the private jet is going viral on the social media. While most of the team members including  Icon star Allu Arjun are seen wearing black outfit, some of them are seen opting for white and grey attire.

Dil Raju is producing Icon under Sri Venkateswara Creations. It is heard that Geetha Arts will also co-produce this project. More details of this project Icon will be out soon.

Meanwhile, Allu Arjun is also in the talk with Koratala Siva for a big-budget multilingual film.

In the title poster of Icon which was released in 2020 , Allu Arjun was seen travelling on his bike. And it was heard that the film’s story is about him and his stolen bike.